On Seder night, it is a mitzvah to eat matzah. But how much? The Sages rule that “eating” means consuming at least the equivalent of a kezayis (an olive’s worth).


In terms of matzah, that would mean eating a piece smaller than the size of a credit card (around 4 cubic centimeters). Yet common custom today is to eat much more. Many now claim a kezayis is 28.8 cc, which is approximately 1/3 of a machine-made matzah, while the Mishnah Berurah states that one should eat a volume equal to an egg (around 55 cc, or 2/3 of a matzah). Some boxes of machine matzos even state that one whole matzah equals a kezayis!

If an olive-sized portion of matzah is so small, why do so many people claim it is so large? Answering this question requires taking a fascinating voyage through halachic history.

Were Olives Bigger in Ancient Times?

From the standpoint of archeology, there is clear evidence that ancient olives were not bigger than modern olives. Many olive pits from ancient times have been discovered, including a huge number of them in the remains of Masada and in caves in the Judean Desert dating from the Bar-Kochba revolt. All these pits are not significantly different in size from contemporary pits of the same olive strains.

Furthermore, there are dozens of olive trees today in Israel and elsewhere that are around 2,000 years old, and seven in Israel are over 3,000 years old. These trees still produce fruit, which are no different in size from the fruit produced by young olive trees. All the empirical evidence, then, indicates that in Talmudic, and even Biblical times, olives were no larger than they are today.

There is also evidence supporting this conclusion in the Mishnah. Mesechet Nega’im (13:8) states: “A pure cloak becomes impure if a 3 x 3 [finger-breadths] piece enters an impure house; an impure cloak makes a house impure if [a person] extends even the volume of an olive’s worth of the cloak into it.” In other words, a piece of cloak the volume of an olive is smaller than 3 x 3 finger-breadths, which is approximately 3 inches square, or a little smaller. And since the fabric of a cloak is roughly the thickness of matzah (or less), a kezayis of matzah is evidently less than 3 inches square.

The Geonim: Following the Observer

If, despite this evidence, someone believed that ancient olives were bigger than modern ones, would he have to eat an ancient olive’s worth of matzah? The Geonim ruled that he would not. Rav Sherira Gaon writes that “with regard to the olive and date, it is explained in this mishnah that it is not referring to a large one, or a small one, but rather an average one – and it is also according to the view of the observer” (cited in Sefer HaEshkol [Albeck ed.], vol. II, Hilchos Challah 13, p. 52).

Rav Sherira Gaon’s father, Rav Hai Gaon, writes similarly: “And therefore the Torah gave measurements in terms of eggs and fruits…because eggs and fruits are found in every place. For it is known before the One who spoke and brought the universe into existence that Israel is destined to be scattered amongst the nations and that the weights and measures in the days of Moses and those which were added to in the Land of Israel would not be preserved, and that the measurements change in different times and places…. Therefore, the Sages related the quantities to fruit and eggs, which always exist and never change. They made the quantity of an egg depend upon the view of the observer” (Ibid. 56-57).

A final responsum, from an unknown Geonic author, states: “And that which you write regarding the size of a large fig, and a medium fig, and likewise a large olive and a small and medium olive – surely these are shiurim and how can there be a shiur for a shiur? … And every person, acting according to his own assessment, has fulfilled his obligation, and there is no need to learn the quantity from another… (Teshuvos HaGeonim 268, Harkavry ed.).

The Rishonim of Sefarad

Let us now turn to the era of the Rishonim. The Rambam makes no statement regarding the size of a kezayis. But an inference regarding its maximum size can be drawn from his statement that a dried fig is 1/3 the size of an egg. Since the Talmud notes that a kezayis is smaller than a dried fig, this would result in a kezayis being less than 1/3 of an egg. Note that this does not tell us how much less than 1/3, just that it is less.

Interestingly, none of the Rishonim of Sefarad discuss the size of a kezayis. Our knowledge of their position on this subject is inferred from statements they made in different contexts. The clear implication is that they took it for granted that a kezayis is the size of an ordinary olive.

By the same token, the fact that most Sephardic authorities from this period did not discuss the size of an olive does not mean we have no idea what their view was. Someone to whom a kezayis is obviously an olive sees no reason to comment on the matter – which is why they said nothing on the matter. To them it was obvious that a kezayis is a kezayis.

The Rishonim of Ashkenaz

In Ashkenaz we do find discussion about the size of an olive, which is based on differing resolutions of various Talmudic passages. The Ri concludes that an olive is 1/2 the size of an egg while Rabbeinu Tam states that an olive must be less than 3/10 of an egg. This view was later apparently interpreted to mean that it equals slightly less than 3/10 of an egg, and this ratio was later modified to 1/3.

The simplest answer is given by Rabbi Akiva Yosef Schlesinger (1835-1922). He points out that medieval Ashkenazic authorities never saw an olive. Olives do not grow that far north; they only grow in the Mediterranean region. Olives were simply not part of the menu in northern Europe; indeed, they were virtually unheard of since transporting commodities in medieval Europe was expensive and therefore not done except for foodstuffs in high demand. Only olive oil was imported, and even that was very expensive and only used by the wealthy.

Thus, the Rishonim of Ashkenaz were simply unfamiliar with olives. They could only attempt to calculate an olive’s size based on deductions from various statements in the Talmud regarding eggs. As a consequence, they greatly overestimated the size of a kezayis.

This explanation is mentioned by others, such as Rabbi Chaim Beinish in Midot veShiurei Torah. Rav Meir Mazuz also mentions it and provides further evidence, noting that Tosafos interpreted a Talmudic statement about the olive being bitter to refer to the olive tree; R. Mazuz notes that Tosafos mistakenly presumed that olives are sweet (like other fruit) because the Baalei Tosafos never encountered olives.

One of the Tosafists, R. Eliezer b. Yoel HaLevi, explicitly acknowledges that his community in Ashkenaz knew they lacked direct observation of olives and therefore decided to err on the side of caution: “And wherever a kezayis is required, the food should be measured generously since we are not familiar with the measurement of an olive and so that the blessing should not be in vain” (Ravyah, Berachos 107).

A particularly revealing statement comes from one of the Rishonim from the generation of the Rosh. He addressed a question that arises from Hillel having eaten a kezayis each of matzah, maror, and charoses simultaneously (which is problematic for those who believe that two olives is the maximum the throat can hold) and pointed out that based on what he had seen on his travels to Israel, the answer was simple: “To me there is no difficulty, for I saw olives in Israel and Jerusalem, and even six were not as large as an egg” (Piskei Rabboseinu SheBeAshkenaz, Moriah 2:3).

We thus see that the Rishonim of Ashkenaz themselves acknowledged that, living in Ashkenaz, they had not seen olives. Note: No Rishon claimed to have measured the olive and determined that it equals 1/2 or 1/3 of an egg. They all used indirect textual arguments to try to determine its size. The aforementioned Rishon is the only Rishon who describes using observation, and he says an olive is less than 1/6 of an egg.

Rabbi Chaim Na’eh, a prominent rabbinic authority in early 20th century Jerusalem, compiled an extensive work on halachic weights and measures and states that one should follow the view that a kezayis is half an egg, which he says is 28.8cc. Partly because R. Chaim Na’eh was the first to address the topic comprehensively, and partly due to his stature, many of his conclusions became widely accepted. His view on the size of a kezayis has been advanced by authorities such as Rav Shlomo Zalman Auerbach and Rav Yosef Shalom Elyashiv, and is widely regarded as normative halacha.

Rabbi Akiva Yosef Schlesinger writes: “The measurement of an egg is not found in the Torah; rather, it says, ‘a land of… olives’ etc. – that all its measurements are like olives, and this olive was only rated by the measurement of an egg for those who did not have olives. But for us, who see the olive in front of us, there is no need to push aside the ikkar for the tafel” (Tel Talpios, Shevat 5661 p. 103).

A wonderful contemporary sefer by Rabbi Hadar Margolin, Hiddurei HaMiddos, presents an astonishing array of evidence that recent gedolei Torah likewise held that a kezayis is very small, including even the Chazon Ish! There is a testimonial from a rav who asked the Steipler Gaon how much matzah the Chazon Ish gave out at his seder, and the Steipler replied that in a piece of matzah the size of a palm there were two kezeisim.

Likewise there is a statement from Rav Shlomo Zalman Auerbach that, if necessary, one can rely on Rav Chaim of Volozhin’s position that a kezayis is the size of a regular olive. There are many other such statements from leading rabbinic authorities.

A kezayis of matzah is supposed to be the minimum amount one must eat at the Seder, less than which is not considered an act of eating. It’s not supposed to be a “target” that one should struggle to reach. We should be able to focus on the significance of the matzah that we eat at the seder, not the quantity.

A vastly expanded version of this essay, with extensive discussion and sources, is available for download at www.rationalistjudaism.com/2018/03/the-kezayis-post.html. 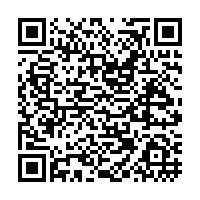