Defense Minister Avigdor Liberman on Saturday slammed the calls to open an inquiry committee into the IDF’s conduct in Friday’s clashes on the Gaza border, including the Meretz party which issued a statement calling for self-investigation. Liberman tweeted that he was fully backing the army, suggesting the left and the media “got confused and thought that Hamas had organized a festival and we should hand them flowers.”

He added: “Thanks to our soldiers, we celebrated the Passover seder with confidence, I do not understand the choir of hypocrites who want a commission of inquiry.”


“They got confused and thought Hamas organized the Woodstock Festival yesterday and we have to give them flowers,” Liberman continued his attack, stressing that “IDF soldiers repulsed Hamas military wing operatives with determination and professionalism just as expected.”

15 Gazan Arabs were killed on Friday. According to the IDF, they were all terrorists who attempted to use the cover of the demonstrators to shoot or otherwise harm IDF soldiers. 7 demonstrator were reported in critical condition. 1,500 sustained light to moderate injures, mostly from inhaling tear gas.

In the Meretz statement issued earlier, party chairman MK Tamar Zandberg wrote: “The harsh results and the taped testimonies require an independent Israeli examination, including an examination of the rules of engagement and the military and political preparations for the events.”

Zandberg emphasized that an investigation of the events is Israel’s duty and interest.

UN Secretary-General Antonio Guterres on Friday demanded an independent investigation of the deadly clashes. Kuwait convened and emergency meeting of the UN Security Council, which did not result in any action or joint message. 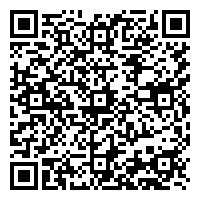