As I walked into my favorite Wall Street kosher deli for lunch, I saw bailiffs carrying out stacks of chairs, tables, kitchen utensils, and ovens and load them on trucks. I wondered whether they had even allowed the customers to finish eating their sandwiches. As the owners, probably in debt over their heads, watched their business and livelihood disappear, I wondered how Jewish law would handle such a situation.

When it comes to the payment of debts, halacha, like other systems of law, struggles with two competing concerns. There is the concern that the debtor not be denied the basic human freedoms we all take for granted, such as freedom of movement, the right to earn a living, and the right to subsist. But there is also the competing concern that if the law is too forgiving, nobody will lend money. And the Torah encourages those who have to lend to those who have not.


There is a basic code of ethics by which both creditor and debtor must abide. The creditor, who knows the debtor has no assets from which to pay the debt, may not oppress him or even embarrass him with his presence. Conversely, the debtor may not play for time by inventing fake pretexts for non-payment and he may not spirit away assets.

When the loan becomes due, the bet din grants the debtor a grace period of thirty days to raise money in order to repay the debt. The bet din has discretion to increase or decrease the duration of the grace period depending on the circumstances of the case. During this grace period, although the creditor may not seize or sell any of the debtor’s assets, he may, if he is concerned the debtor may dissipate assets, ask the bet din to order the debtor to deposit assets with the creditor as security.

After the expiration of the grace period, bet din orders the debtor to declare all of his assets and to deposit all of his personal property in court. Out of these assets, the court sets aside minimum subsistence requirements for the debtor including food for thirty days clothing for one year, basic furniture and bedding, tallit and tefillin and basic tools of trade. The rest of the debtor’s assets are put up for sale to repay the debt. If the sale of personal property does not suffice to repay the debt, the creditor may then request the court to commence foreclosure proceedings on the debtor’s house and other real estate.

A debtor who has no assets other than what is required for his minimum subsistence can walk away from his debts rather like a debtor in contemporary bankruptcy. If the creditor claims the “deadbeat” debtor has made fraudulent transfers of his assets or otherwise hidden his assets simply to avoid the creditor, then according to the Shulchan Aruch the bet din may forcibly enter the debtor’s premises and seize his property.

The Rambam, however, prohibits forcible entry into a debtor’s premises even by court-appointed bailiffs or sheriffs. Instead, according to the Rambam, the halacha imposes an oath on the debtor who must swear that he has not hidden any assets. The court also has the power to excommunicate a recalcitrant debtor.

Unlike the English legal system of Dickens’s days, halacha will not throw into jail a person who simply and truly does not have the money to pay his debts. Neither will it force the debtor, against his will, to sell himself into slavery to work off the debt. 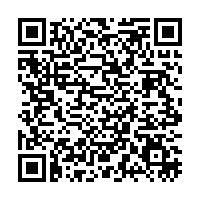