Question: Are there limitations to the mitzvah of chinuch?

Answer: We previously noted that the Netziv rules that children should only be taught to perform mitzvot and customs in the same manner that they will perform them as adults.

The Netziv’s position is relevant to the following question: If the head of a household makes Kiddush for his entire family on Friday night, should the family members simply say Amen and drink or should they say the berachah of borei pri hagafen themselves?

The Talmud (Berachot 51b) records a debate between Beit Shammai and Beit Hillel concerning the order of berachot during Friday night Kiddush. Beit Shammai maintains that one should first say the berachah of m’kadesh haShabbat and then borei pri hagafen. Beit Hillel disagrees and maintains that borei pri hagafen goes first. The halacha follows Bet Hillel.

Rav Yaakov of Lissa (see Derech HaChayim) rules that if the head of a household makes Kiddush for everyone, those present should not say their own borei pri hagafen before drinking. He argues that if they do so, they indicate that they accept the blessing of m’kadesh haShabbat as recited by the host but not the blessing he made over the wine. And by reciting the blessing over wine themselves, they are incorrectly following the ruling of Beit Shammai rather than Beit Hillel (by putting m’kadesh haShabbat before borei pri hagafen).

Some parents, for chinuch purposes, wish to teach their children the berachot and will make a separate borei pri hagafen with them even though they themselves rely on the berachah of the head of the household. Nonetheless, according to the Netziv, this custom is incorrect since children should not be taught any practice that they will not observe as adults.

Rabbi Cohen, a Jerusalem Prize recipient for rabbinic scholarship and leadership, is the author of seven books on Jewish law. His latest, “Shabbat The Right Way: Resolving Halachic Dilemmas” (Urim Publications), is available at Judaica stores and Amazon.com. 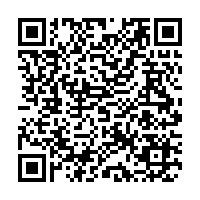