The second, most notably in the book of Bamidbar, is the juxtaposition of narrative and law, as if to say that the law is best understood against the backdrop of history and the experience of the Israelites in their formative years. So the law of the red heifer – purification from contact with the dead – occurs just before the death of Miriam and Aaron, as if to say that bereavement and grief interfere with our contact with God but this does not last forever. We can become pure again. The law of tzitzit occurs after the story of the spies because both have to do with ways of seeing: the difference between seeing-with-fear and seeing-with-faith.

The third is the connection between law and metaphysics. There is a strong connection between Genesis 1, the story of creation, and the laws of kedushah, holiness. Both belong to Torat kohanim, the priestly voice, and both are about order and the maintenance of boundaries. The laws against mixing meat and milk, wool and linen, and so on, are about respecting the deep structure of nature as described in the opening chapter of the Torah.

Throughout Devarim, as Moses reaches the summit of his leadership, he becomes an educator, explaining to the new generation who will eventually conquer and inhabit the land, that the laws God has given them are not just Divine decrees. They make sense in human terms. They constitute the architectonics of a free and just society. They respect human dignity. They honor the integrity of nature. They give the land the chance to rest and recuperate. They protect Israel against the otherwise inexorable laws of the decline and fall of nations.

Only by recognizing God as their sovereign will they guard against overbearing kings and the corruptions of power. Time and again Moses tells the people that if they follow God’s laws they will prosper. If they fail to do so they will suffer defeat and exile. All this can be understood in supernatural terms, but it can be understood in natural ways also.

That is why Moses, consistently throughout Devarim, uses the verb sh-m-a. He wants the Israelites to obey God, but not blindly or through fear alone. God is not an autocrat. The Israelites should know this through their own direct experience. They had seen how God, creator of heaven and earth, had chosen this people as His own, brought them from slavery to freedom, fed, sustained and protected them through the wilderness, and led them to victory against their enemies. God had not given the Torah to Israel for His sake but for theirs. As Weiss Halivni puts it: the Torah “invites the receiver of the law to join in grasping the beneficent effect of the law, thereby bestowing dignity upon him and giving him a sense that he is a partner in the law.”

That is the meaning of Moses’s great words in this week’s parshah: “Be silent, Israel, and listen! You have now become the people of the Lord your God. Listen to the Lord your God and follow His commands and decrees that I give you today” (Deuteronomy 27: 9-10). Keeping the commands involves an act of listening, not just submission and blind obedience – listening in all its multiple senses of attending, meditating and reflecting about the nature of God through creation, revelation and redemption. It means trying to understand our limits and imperfections as human beings. It means remembering what it felt like to be a slave in Egypt. It involves humility and memory and gratitude. But it does not involve abdication of the intellect or silencing of the questioning mind.

God is not a tyrant but a teacher. He seeks not just our obedience but also our understanding. All nations have laws, and laws are there to be obeyed. But few nations other than Israel set it as their highest task to understand why the law is as it is. That is what the Torah means by the word “Shema.” 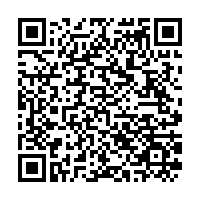