The door to our troubles first opened on that Seventeenth day of Tammuz when Moses walked in on the worshippers of the golden calf and shattered the tablets of the law. On the same date, both in the era of the First Temple and Second Temple, the daily sacrifice, known as the Tamid, which expunged the sins of the Jews and granted them divine amnesty, was brought to a halt.


On the Seventeenth of Tammuz, the walls of the Second Temple were breached by the enemy that ultimately razed the Temple to the ground on Tisha B’Av. Again, on the same date, Apustomus (circa 150 BCE), one of the Syrian leaders with whom the Hellenists collaborated in the persecution of religious Jews in Israel, publicly torched a Sefer Torah. And on the seventeenth of Tammuz, Menasheh, king of Judah, erected an idol in the Temple. For these reasons, this period is called “Between the Straits” (“bein hametzarim”), based on the verse in Lamentations that “all [Israel’s] persecutors overtook her between the straits.”

Weeks before Demolition, Still No Cabinet Decision on Amona 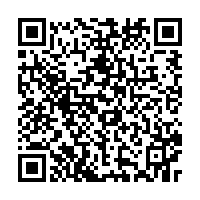