An Israeli resident of Avnei Hefetz, on the western edge of northern Samaria, was rescued on Saturday by PA Civil Defense forces after being stuck in an empty waterhole for six days, Israel’s Channel 2 News reported.

The man climbed down into the hole last Sunday, apparently to meditate alone (“hitbodidut” in Hebrew), when his rope was torn he became stuck. He was discovered only a full six days later, on Saturday, by the PA Arabs who released him immediately and alerted the IDF Civil Administration.


“Would you like something to drink?” the rescuers asked the man, gave him water and retrieved and handed him his wallet, cash intact, which he had left in the hole.

The Coordinator of Government Activities in the Territories (COGAT) transported the man to the Israeli side of the 1993 Oslo-agreement borderline, where he received EMT treatment.

So far it isn’t clear why no one in Avnei Hefetz was aware of the man’s absence for almost a week, though if the man disappeared regularly that could explain it. 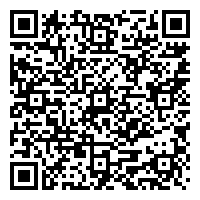