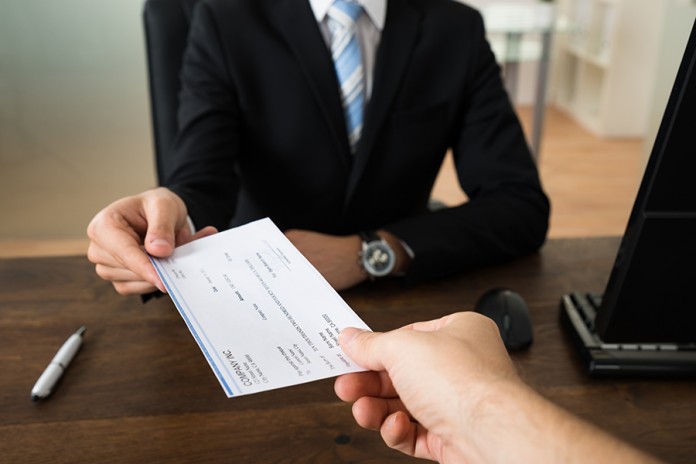 Mr. Rodriguez worked as a driver for a Jewish-owned company. Like many other workers, he received his monthly wages through direct deposit.

One day the company’s accountant noticed that, for some unexplained reason, the payment to Mr. Rodriguez did not go through four months earlier, and was never redone. He approached the manager, Mr. Sender, and alerted him to the problem. “Should I resubmit Mr. Rodriguez’s payment?” the accountant asked.


“Are you absolutely sure that his payment did not go through?” asked Mr. Sender.

“The bank records are clear,” said the accountant.

“And Mr. Rodriguez was not paid later?” asked Mr. Sender.

“There is no such indication,” replied the accountant.

“It’s strange that Mr. Rodriguez never said anything,” said Mr. Sender. “If you were awaiting your monthly salary and it never came, wouldn’t you pick up the phone and inquire about it?”

“I definitely would,” agreed the accountant.

“Don’t you think that it’s the employee’s responsibility to run after getting his wages, not ours?” continued Mr. Sender. “Certainly after four months passed…”

“I hear what you’re saying,” replied the accountant, “but if he didn’t – I am not convinced that we don’t have the responsibility to make good on the wages.”

“If we had given Mr. Rodriguez a paycheck, and he never cashed it,” added Mr. Sender, “would you say there, also, that we have to make out a new check to him, even if he didn’t ask?”

“That may be different,” acknowledged the accountant, “but even there I’m not sure.”

“Must I notify Mr. Rodriguez that his payment didn’t go through and resubmit it?”

“A person should uphold his monetary commitments and honor them promptly,” replied Rabbi Dayan. “This is included in one’s responsibility to speak honestly” (C.M 204:7).

“However, if the worker does not ask for his wages when due, the employer would not violate bal talin, the prohibition to withhold wages past the due date. According to many authorities, the positive command to pay promptly, b’yomo titen secharo, also does not apply” (C.M. 339:10; Pischei Choshen, Sechirus 9:15[35]).

“Moreover, regarding a loan, if the lender does not ask for the money, some maintain that the borrower is not halachically required to initiate payment. The lender’s silence could express willingness to extend the time of the loan, or even forgo it. However, others write that the borrower is responsible to initiate repayment even if not asked” (Shach 232:2; Ketzos 104:2; Nesivos 104:1; Pischei Choshen, Halvaah 2:4).

“Nonetheless, if the employee arranged that his wages be paid through direct deposit, there is no need for him to ask monthly. The employer must initiate payment promptly, and, if it was delayed, it remains his responsibility to make good, even if many months passed” (see Ahavas Chessed 9:11).

“If the employee received a paycheck and neglected to cash it, the employer still owes the worker the money if he asks for a new check. Whether the employer is obligated to alert the worker that the check was not cashed and initiate payment would presumably depend on the dispute regarding a loan. Nonetheless, the Zohar is stringent and speaks harshly of one who delays wages, even if the worker agrees” (Pischei Teshuvah 339:7).

“It is also prohibited to steal from a non-Jewish worker or withhold his wages,” concluded Rabbi Dayan. “In this case, one can discuss the applicability of hafkaas halvaaso. However, since not making good on the payment can lead to chillul Hashem should it be discovered, the employer should remedy the situation when he becomes aware of it. There is no concern of lo sechanem, since this is money that the worker is deserving of according to Halachah” (C.M. 348:2; 369:3).

Verdict: An employer whose automated payment did not go through is required to resubmit, even if the employee did not ask. If a paycheck was not cashed, according to some authorities, he is not required to initiate a new check, unless asked.