Russian hackers allegedly broke into one of the computer networks of the Pentagon, according to a report broadcast Thursday on Fox News.

Cyber centers that guard unclassified networks reportedly detected the Pentagon security breach and kicked the hackers off “in a way that minimized their chances of returning,” according to the report. The breach apparently took place earlier this year, Defense Secretary Ash Carter told a group at Stanford University.

It’s not the first time the Russian government has been caught with its cyber snoops poking around in American networks.

Russian hackers broke into the unclassified networks of the White House itself last October. This past March, media revealed the networks at the State Department had also been breached.

There have also been numerous cases of Chinese government-backed hackers stealing technical data about the U.S. military’s newest war plane, the F-35, in addition to industrial cyber attacks by North Korea.

The Pentagon has also announced plans to launch its own cyber warfare division. It’s the first open admission by the Pentagon that the U.S. military intends to wage war via the Internet as well as through traditional means.

Thousands of hackers routinely attempt to attack Israeli networks hundreds of times a day. Jewish Press.com was recently the target of one such attempt, in fact, but fortunately the hackers managed to get themselves kicked off the site while trying to attack it.

Recognizing the growing threat several years ago, Prime Minister Binyamin Netanyahu ordered the creation of an entire government division and one in the military devoted to the development of cyber defense, intelligence and warfare. 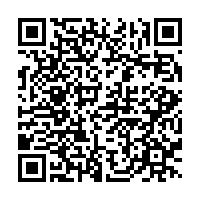