There was great excitement in the community. Two outstanding young men, Avi and Baruch, were getting married during the same week and, despite the pandemic, their uncle Meir Zev was flying in to celebrate with them.

A cousin, Yosef, who had grown up with both Avi and Baruch, wasn’t able to come, so he asked his uncle, “Could you take these two envelopes and give them to the chasanim?”

Yosef handed him two envelopes with money. “They’re marked,” he said. “Avi’s is already sealed since I initially thought I would mail it.”

“I also want to send tzedakah money for the shul there if that’s possible,” Yosef said. He handed a number of bills to Uncle Meir Zev, who put them in a third envelope and then placed all three envelopes in his jacket pocket.

On the way to the wedding, though, the envelopes somehow fell out of his pocket. “I was careless and am obviously liable for the lost envelopes,” he said to Yosef, “However, I don’t know how much was in each envelope. I never checked; one was even sealed.”

“It’s good you trust me,” said Yosef. “Otherwise you could claim the envelopes had less money in them and refuse to pay the full amount.”

“What makes you think I wouldn’t have to pay what you claim?” asked Meir Zev.

“Because I have no proof,” said Yosef. “I just learned this halacha from Rabbi Dayan. I don’t remember the exact details, though, so let me ask him.”

He called Rabbi Dayan and asked, “How much would my uncle have to pay if he didn’t trust me?”

Rabbi Dayan replied, “Partially admitting to a claim in beis din – for example, the plaintiff claims he lent $100 and the defendant admits he borrowed $50 – is known as modeh b’miktzas. In such a case, the Torah requires the defendant to swear about the part he denies in order to be exempt. This kind of oath is actually one of just three Torah-mandated oaths [Choshen Mishpat 75:2].

“The Gemara [Bava Metzia 98a and 116b] says that if the defendant is unsure about the additional amount – for example, he knows he owes $50 but is unsure if he owes the remaining $50 being claimed – and therefore cannot swear, he is liable for the full amount. This rule is called ‘mitoch she’eino yachol l’shava, meshalem – since he is unable to swear, he pays’ [Choshen Mishpat 75:13].

“Some Rishonim exempt the defendant if he’s not expected to know about the remainder. The requirement to pay is only when the partial admission is suspect, like when a borrower admits to definitely borrowing $50 but claims to be unsure if he borrowed $100 [see Sma 298:1].

“However, the Rambam and Shulchan Aruch rule that he must pay the full amount in both cases. By partially admitting to the claim, he strengthens it, and it’s accepted unless he swears that he doesn’t owe the remainder [Choshen Mishpat 90:10; 298:1].

“The Shach rules accordingly. However, he writes that if the defendant has no way of knowing about the remainder – for example, he received a sealed envelope to watch with an unspecified amount of money in it – he doesn’t have to pay what the plaintiff claims since the plaintiff can’t expect him to swear [Shach 72:51].

“Thus, if he didn’t trust you, you uncle would have to pay whatever you claim is in the tzedakah and unsealed envelope if he couldn’t swear to not owing it, but he wouldn’t have to pay anything beyond what he admits to with regards to the sealed envelope since he can’t be expected to know and swear about what’s inside it” [Pischei Choshen, Pikadon 8:19]. 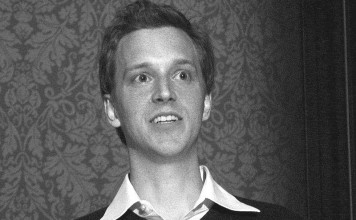