Avraham and Yitzchak shared a dorm room in their yeshiva. A week before Chanukah, they went shopping for Chanukah supplies with a friend, Yaakov, and each of them bought a bottle of oil.

After they left the store, Yaakov went back to yeshiva while Avraham and Yitzchak headed home for Shabbos. One of them decided to give his bottle of oil to Yaakov to take back to yeshiva.

A week later, a few hours before Chanukah, Avraham said to Yaakov, “I’ll come by later to pick up my oil from you.” Shortly afterwards, Yaakov met Yitzchak, who said the same thing.

“But, Avraham just told me the oil was his!” Yaakov said, puzzled. “No, he took his oil home,” Yitzchak replied. “I gave you the oil to bring back to yeshiva.”

Yaakov couldn’t remember who handed him his oil bottle and both Avraham and Yitzchak insisted he was the one who did so.

The three friends decided to ask Rabbi Dayan what to do. After listening to the question and deliberating, Rabbi Dayan said, “The Gemara [Bava Metzia 37b] states that if one of two people entrusted an animal to a shepherd and both later claim it’s theirs, the shepherd is required to give an animal to both if he doesn’t remember whose it is, after they both swear. He is considered negligent in not having recorded from whom he received the animal” [Choshen Mishpat 300:3; Sma 300:11].

“However, if the animal was left in the herd not in the shepherd’s presence, he can ‘leave the animal between the two’ since he isn’t at fault. The Shulchan Aruch rules that the entrusted item should remain with him or with beis din until one of them admits, or they agree to divide it [Choshen Mishpat 300:4; Pischei Choshen, Pikadon 7:21].

“A similar issue arises regarding someone who borrowed from one of two people, or bought from one of two sellers, but the halacha in these other cases varies [Choshen Mishpat 76:2-3; 222:2].

“If neither one definitively claim the entrusted item, the guardian is not required to pay both, even to fulfill his Heavenly obligation, since they should have remembered. However, some write that he does have a Heavenly obligation to pay both, similar to someone who borrowed from one of two people and does not remember from whom [Shach 300:16; 76:18; Be’er HaGolah 300:8; Ketzos 300:2].

“Thus,” concluded Rabbi Dayan, “since the oil was entrusted directly to Yaakov, and both claim it, Yaakov must give a bottle of oil to both of them after they swear (although nowadays, beis din would likely impose partial payment in lieu of an oath). However, had Yaakov allowed them to simply place the bottle in his room and agreed to watch it, or if they were also uncertain, he would not be liable to give a bottle to both; the bottle would remain with Yaakov until the two reached an agreement.” 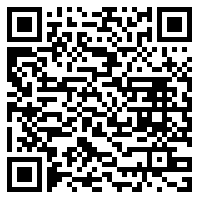