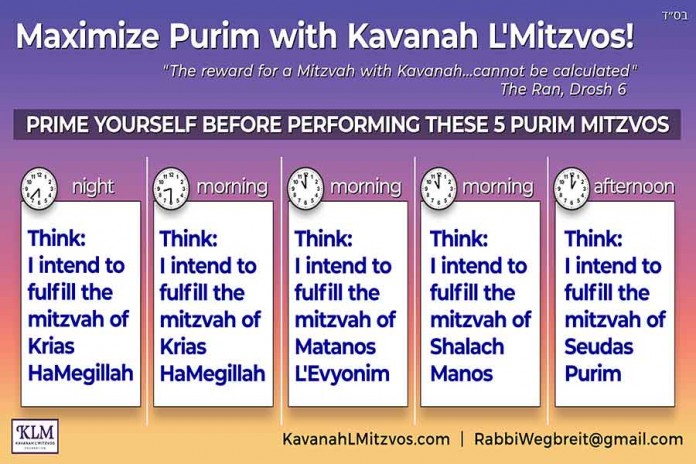 Who is not touched by the scene on Leil Purim in shul for Krias Megillah? The kids are wearing their costumes, excited to spin their groggers, and blow their horns to the sound of “Haman!!!” Then the Baal Koreh unwraps the Megillah scroll and launches into the most touching melody…

If you love those moments you should declare in your heart, “Hashem, I love You and your wonderful mitzvos.” By doing this you fulfill a mitzvah d’oraysa of Ahavas Hashem which the Rambam teaches includes a love for Hashem’s mitzvos. So when you enter shul and feel warm sentiments about Krias Megillah, think: I intend to fulfill the mitzvah of Ahavas Hashem as Hashem commanded.


And there is so much more you can accomplish during Krias Megillah.

Megillas Esther is the only part of the Tanach whose recital is equivalent to the Hallel Service (Gemara Megillah 14a). Rabbi Avigdor Miller, zt”l, teaches us that the meaning of Hallel is enthusiastic praise (Praise My Soul, page 33).

Now, perhaps the Baal Koreh can recite the Megillah with enthusiasm, but how can we as listeners turn our experience of the Megillah into Hallel, into wildly enthusiastic praise?

This can only take place if we become alert to the hidden miracles spread throughout the Megillah and by filling our heart with excitement and gratitude as those lines are read.

Let’s take one example: the very first pasuk of the Megillah: “Now it came to pass in the days of Achashverosh – he was the Achashverosh who reigned from Hodu to Cush, one hundred twenty-seven provinces” (Esther 1:1).

The Rishon L’Tzion, who is the Ohr HaChaim HaKadosh, asks two questions that help reveal what our mind needs to recognize and our heart needs to feel:

The Rishon L’Tzion explains it was for the self-esteem of the Jewish people. If the Jews need a wake up call, it would be degrading to have their oppressor be a nobody. Therefore, Hashem promotes the appointed oppressor to extreme power so even when He’s giving us a potch, Hashem shows His concern for our dignity.

Why 127 provinces? Well, that’s because Hashem wants to give us all the support and merit we can get. Sarah Emainu lived 127 years and Hashem wanted the merit of Sarah to bolster the efforts of Esther HaMalka who was queen over 127 provinces.

So let us appreciate that it was far from an accident that Achashverosh ruled from Hodu to Kush, and that he and Queen Esther ruled over 127 provinces.

Hashem wants us to realize that the world revolves around us. And like a loving parent, He wants to do anything to help us succeed. So when you listen to the famous first verse of the Megillah that you’ve heard year after year, let your heart be filled with enthusiasm and gratitude regarding that even when we are under harrowing trouble Hashem expresses His parental love for us.

Now that’s a way to turn the Megillah into Hallel. 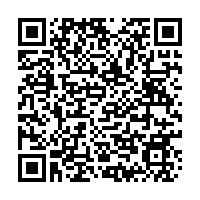