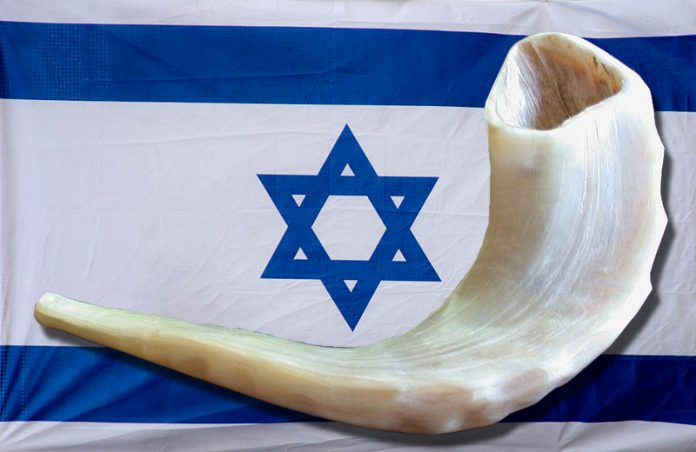 1.  Annual reminder.  The Hebrew word Rosh (ראש) means first/head/beginning and Hashanah (השנה) means the year. The root of the Hebrew word Shanah is both “repeat” and “change.” Rosh Hashanah constitutes an annual reminder of the need to enhance one’s behavior through a systematic study of moral values, learning from experience and avoiding past errors.  Rosh Hashanah ushers-in the Ten Days of Repentance, which are concluded on Yom Kippur (the Day of Atonement).

The New Jewish (lunar) Year is the only Jewish holiday, which is celebrated upon the (monthly) appearance of a new moon, proceeding from relative-darkness to a fully-illuminated moon in the middle of the month.

2.  Humility.  Rosh Hashanah is celebrated on the 6th day of Creation, when the first human-being, Adam, was created.  Adam is the Hebrew word for a human-being (אדמ), which is the root of the Hebrew word for “soil” (אדמה). Moreover, the Hebrew letter  הis an abbreviation of God, the Creator.  Thus, the date of the Jewish New Year highlights the centrality of the soil – a metaphor for humility – in human life.

3.  Genesis.  The Hebrew letters of Rosh (ראש) constitute the root of the Hebrew word for Genesis (בראשית), which is the first word in the Book of Genesis. Rosh Hashanah is celebrated on the first day of the Jewish month of Tishrei – “the month of the Strong Ones” (Book of Kings A, 8:2) – when the three Jewish Patriarchs (Abraham, Isaac and Jacob) and the Prophet Samuel were born. Tishrei means beginning/Genesis in ancient Acadian. The Hebrew letters of Tishrei (תשרי) are included in the spelling of Genesis (בראשית). Furthermore, the Hebrew spelling of Genesis (בראשית) includes the first two letters in the Hebrew alphabet (אב), a middle letter (י) and the last three letters (רשת) – representing the totality of the Creation.

4.  The Shofar (a ritual ram’s horn).  Rosh Hashanah is announced and celebrated in a humble and determined manner, by the blowing of the (bent-humble) Shofar. The sound of the Shofar used to alert people to physical challenges (e.g., military assaults). On Rosh Hashanah, it alarms people to spiritual challenges, while paving the potential road to salvation. It serves as a wakeup call to the necessity of cleansing one’s behavior.

The Shofar represents “peace-through-strength,” as demonstrated by the peaceful ram, which is equipped with powerful and deterring horns.

In ancient times, the blowing of the Shofar was employed to announce the (50th) year of the Jubilee – the Biblical role model of liberty.

The Jubilee inspired the US Founding Fathers’ concept of liberty as inscribed on the Liberty Bell: “Proclaim liberty throughout all the land and unto all the inhabitants thereof” (Leviticus 25:10).

The Biblical Jubilee also inspired the US Abolitionist, anti-slavery movement.

The English word Jubilee is derived from the Hebrew word Yovel, a synonym for Shofar.
The Hebrew spelling for Shofar שופר)) is a derivative of the verb to enhance שפר)), enticing people to persist in the eternal voyage of improved behavior.

The shofar is made from the horn of a ram, which is a peaceful animal equipped with strong horns to fend off predators, just like mothers shielding children. Thus, Rosh Hashanah prayers highlight the strength of the Biblical Matriarchs: Sarah, Rachel and Hanna, who gave birth to Isaac, Joseph, Benjamin and Samuel respectively.

Rosh Hashanah is referred to as “The Pregnancy of the World” (Harat Olam in Hebrew), highlighting motherhood, the pregnancies of the Biblical Matriarchs and reality-based optimism.

5.  Commemoration.  The 100 blows of the Shofar during Rosh Hashanah – which is also called “The Day of Blowing the Shofar” (Yom Te’rooah) – commemorate:

*The creation of Adam, the first human-being;
*The almost-sacrifice of Isaac, which was prevented by God’s angel and a ram;
*The receipt of the Ten Commandments on Mount Sinai;
*The tumbling of the walls of Jericho upon re-entering the Land of Israel, which was facilitated by the blowing of ram horns;
*Judge Gideon’s war against the Midianites, which featured the blowing of ram horns;
*The reaffirmation of faith in God, the Creator (“In God We Trust”).
*From despondency (the destruction of the two Jewish Temples and the resulting exiles) to fulfilled optimism (the Jewish ingathering to the Land of Israel);

The 100 blows of the Shofar are divided into three series, commemorating the three Patriarchs (Abraham, Isaac and Jacob), the three parts of the Old Testament (the Torah, Prophets, Writings) and the three types of human beings (pious, mediocre, evil).

According to King Solomon, “a triple-braided cord is not easily broken (Ecclesiastes, 4:12).” 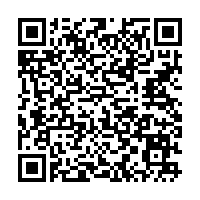