Once again, Tisha B’Av approaches. As we have done so often, we will mourn the Churban and lament how sinat chinam caused so much pain and suffering. Yet the problem of baseless hatred is still with us, seemingly growing by the day.

There is so much anger and division in our communities. So many people harbor hatred for others, simply because they disagree sharply with their political or religious views. We suffer on national, communal, and personal levels. In America, the nation is divided as perhaps no time since the Civil War. In Israel, the disparate factions of the new government are bound together only by hatred of Netanyahu. As for Netanyahu and the opposition, they are interested only in causing the new government to fall, no matter the issue. Communities are rent apart; former friends and relatives barely speak to each other because of political differences – I need not go on.


This past year I have been studying a great deal of history in preparation for the Ministry of Tourism licensing exam. What I learned of the level of sinat chinam in Jerusalem in the years leading up to the Churban was far worse than I had imagined from studying about Kamtza and Bar Kamtza et al. The various factions of Perushim, Tzedukim, Zealots and Sicarri were at each other’s throats so badly that many thousands of Jews killed and maimed each other with no involvement of the Romans – blood literally ran in the streets. It was so bad that the Roman General Vespasian delayed in attacking Jerusalem, reflecting:

It is best [for the Romans], while their enemies are destroying each other with their own hands, and falling into the greatest of misfortunes, … to sit still as spectators … rather than to fight hand to hand with men that love murdering, and are mad one against another… For the Jews are not now employed in making of armor or building of walls; nor indeed in getting together defenses…rather, the Jews are vexed to pieces every day by their civil wars, and dissensions; and are under greater miseries than – if they were captured – could be inflicted on them by us. Therefore, we ought to suffer these Jews to destroy one another; we ought by no means meddle with these men now they are afflicted with a distemper at home. (Josephus, Wars of the Jews, Chapter 6)

After the Jews had killed and weakened each other for years and burnt their storehouses of food in the madness of their civil war, the Romans had a much easier time finishing the bloody job.

What led to such awful fraternal hatred? And what lessons ought we to take to avoid continuing down that road?

Two historical episodes from the generation before the Churban help clarify how things deteriorated to that point.

Two kohanim were ascending the ramp to the Mizbeach (Altar). One of them reached the 4 cubits before the other, who took a knife and stabbed the other in the heart. Rabbi Tzadok chastised all those present by asking whether the law of Egla Arufa (an offering brought when we do not know who the murderer is) applies here, and who must supply it. . . At that point, the entire assembly of people burst into tears.

Until the father of the dying Kohen came and said ‘Look, he is not yet dead, and the knife is therefore not Tameh! Quickly remove the knife lest it become tameh!” (Yoma 23a)

The astoundingly perverted priorities of that father need no elaboration. The exaggerated focus on a supposed spiritual value versus concern about another human being, let alone his dying son, led to both the death of that kohen and the callous reaction of his father. This deeply affected Rabbi Tzadok, whom we meet several times in the Churban narratives.

A famous incident occurred a few months before the Churban, when Rav Yochanan ben Zakai was granted three wishes from Vespasian, one of which he used to ask for a doctor for Rabbi Tzadok. Rabbi Tzadok had been fasting for forty years to try to forestall the Churban. Presumably, the forty years began around the time of the above story, which he took as an omen of doom for Yerushalayim and the Bais HaMikdash. Since the Churban happened in the year 70 CE, forty years prior was around 30 CE.

In my course I was required to know more than I ever wanted to about the basic beliefs of Christianity. Among the most well-known stories about JC, written about in all the gospels, concerned his protests about the corruption that was going on in and around the Temple. The greedy priests (mainly Sadducees) were focused primarily on money and power and made the experience of coming to the Temple the opposite of spiritual. In one famous incident, JC turned over the tables of the money changers and sheep merchants outside the Temple, accusing them of taking advantage of people who came to worship. In several other scenes, he castigated the priests and the Pharisees for being concerned only about ritual law, and not the human suffering that was right in from of them. These teachings, and the contrast between his teaching and that of too many rabbis, was a major factor in causing people to be his followers, despite his other dangerous mishegas.

Lest I be criticized for relying on Christian sources for these stories, they are more than corroborated by our tradition. For example, in Pesachim 57a, the Gemara heaps enormous criticism on the Kohanim of that time:

I was thinking about this when a fascinating connection jumped out at me. It is accepted that at his crucifixion, JC was in his early thirties, (about 30 CE). This places all the Christian stories about the corruption in Jerusalem at virtually the same time as the corruption pointed to by Rabbi Tzadok. The slippery slope to the horrible dissension leading to the Churban seemed almost inevitable.

The culture of “baseless hatred” did not start with a few bad apples like the actors in the Kamtza story. The elites – the Kohanim in the Beit HaMikdash and too many others – in their zealous self-righteousness, religious coercion, and insensitivity to the way they were being perceived by others, contributed to a terrible culture of animosity and hatred. Tempers were whipped up, small disagreements became major clashes, and a culture of trying to get along with each other gave way to power struggles, “might makes right,” and ultimately chaos and murder. Things were so bad that – as hard as it is to say this – perhaps we can understand why the Churban was necessary to ensure to allow for a better future.

Perhaps this is why Rav Yochanan Ben Zakkai, the great hero who is perhaps most responsible for helping us to successfully transition to a post-Churban reality, insisted that it was necessary to have a doctor for Rabbi Tzadok as part of that process. It was only by clinging to Rabbi Tzadok’s wake-up call that we could leave behind the corrosive past and hope for a better future.

There are many parallels that one could draw to current events, some of which I alluded to earlier. Here in Israel, it is certainly way past time for some of the religious leaders to think about the tone-deaf ways in which it has argued for its needs and priorities in the past decades. As the new government (particularly ministers Liberman and Lapid) take aim at the government largesse that has underwritten much of charedi society, it would be well for the leadership to reflect on the way their messages have been heard by the Israeli public. While it is true that there are those reshaim who are anti-religious and want to destroy Torah, they are a small minority. Most Israelis are happy to live and let live and have no interest in interfering with the charedi lifestyle. However, when they sense that they are repeatedly forced against their will to support unappealing (to them) priorities, that their efforts in providing the infrastructure and security of the country are unappreciated, and on top of that they are mocked and ridiculed and looked down upon by so many messages emanating from charedi spokesmen and hotheaded individuals, they have a violent negative reaction. The fault for the fact that that the charedim are reviled by such a large percentage of the Israeli public cannot lie only on the others, and cannot be fairly described as “senseless hatred.”

Let us hope that this Tisha B’Av will cause some sincere and honest reflection on how we can change perceptions, and strive to fulfill the beautiful challenge we just learned in Daf Yomi on Yoma 86a, that our charge is to make the name of Hashem beloved by our actions and the way we comport ourselves. 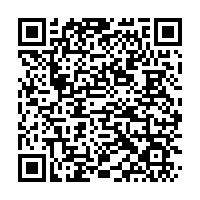