The thrill of Chanukah is upon us as we once again have the privilege of lighting the Menorah. As the symbol of Chanukah par excellence, it brings to mind both the story of religious revival (the one pure flask which miraculously lasted eight days) and the national/military victory of the Maccabees (who overcame overwhelming odds to push out the Syrian/Greek Tyrants and restore Jewish sovereignty) with which we are all so familiar.

On a recent trip to Israel with my family, we had a long stopover in Rome. Far from being displeased, I was thrilled to be able to fulfill a lifelong “bucket list” dream – to visit what is perhaps the greatest symbol of the Diaspora (with the possible exception of Auschwitz/Birkenau), the Arch of Titus. This edifice was constructed in honor of the evil Titus upon his completing the defeat of Judea and Jerusalem, after taking over for his father Vespasian. He was particularly monstrous; killing thousands while ransacking and abusing and burning the Bais Hamikdash (Gittin 56a), and returning to Rome with an enslaved Jewish people and the spoils of war.

Famously and prominently depicted on the arch is the Menorah being triumphantly carried off to Rome, along with our other treasures, (where they may or may not still be in the catacombs of the Vatican).[2] A famous symbol, erected in Rome, of the final and crushing end to our national sovereignty in Eretz Yisrael and the beginning of the dreadfully long and painful Exile that we have suffered for over two thousand years.

Since that time, we have been under the boot of the Romans and their successors, very much including the Church. As the final Rashi in Parshas Vayishlach takes pains to tell us, Rome is the prime descendant of Eisav, the one who we had to be protected from via the Jacob Covenant.

One of the most inspiring stories I have ever heard was of the time that Rav Yosef Kahaneman zt”l, the Ponovezher Rav, visited Rome on a fund-raising trip.  As described yibodel L’Chaim by Rabbi Berel Wein who knew him well, the Rav arrived in Rome late on a miserable night with his companion Dr. Moshe Rothschild from Israel.  Dr. Rothschild looked forward to a warm hotel room and some hot tea after their journey, but the Rav had something else in mind.  He insisted on immediately being driven to the Arch of Titus; it could not wait for the morning.  Upon arrival, he got out of the car, stood in the freezing cold rain, and stared at the Arch for a while, and then adjusted his Kapota and hat, and shouted:

“Titus! Evil Titus! Take a good look at what has occurred. You dragged my hapless people out of our land two millennia ago and led them into an exile from which they were never to return. You went home to Rome – the most powerful nation on earth – in glory and triumph. But Titus, where are you? What has become of the glory that was Rome? What has become of the infallible empire that was supposed to last forever? The Jewish people however are still here and continue to flourish. Titus, Mir Zenen noch do…Avu Bist Du?  (We are still here! Where are you?”)

Coming from that place, and that story, made for an incredible feeling upon touching down at Ben Gurion airport a few hours later.

This aspect of the Menorah on the Arch of Titus, truly the symbol of the Exile, was a very hot topic on 11 Shevat 5709 (1949), when a committee was formed to determine what the symbol of the new State of Israel ought to be. The well-known symbol chosen was the Menorah flanked by two olive branches, similar to the famous Menorah standing outside the Knesset building.

A sharp protest to this choice was voiced by then Chief Rabbi Yitzchak Halevi Herzog zt”l. He objected on several grounds: (a) The Menorah depicted there has a stepped base, while the Menorah in the Bais HaMikdash stood on a tripod of legs, (b) The menorah on the Arch has dragons and other creatures that may have been idolatrous, and therefore “our government made an unfortunate choice today in choosing the picture of the Menorah on the Arch of Titus which apparently was crafted by foreigners, and not made B’Taharas HaKodesh (in Holy Purity)”. Rav Herzog opined that the solid base that was depicted was surely due to damage that occurred to the Menorah in transport, and the Romans had thus replaced it.Other scholars, notably Daniel Sperber [3], proposed that the menorah had already been altered from its original design before Titus’ arrival. Perhaps, he suggests, the new pedestal was the brainchild of someone eager to introduce a pagan motif into the Temple while at the same time remaining nominally sensitive to Jewish concerns. The most likely culprit in this regard would have been King Herod, who greatly enhanced the beauty of the Bais Hamikdash, while attempting to make it pleasing to the Romans as well. In an interesting article on the subject, Rabbi Meir Soloveichik wrote, “Herod’s relationship with the Temple was a complex one. On the one hand, all contemporary sources, including the rabbis of the Mishnah, agree that he oversaw a stupendous refurbishing of the Temple Mount, elevating its architectural status into an eighth wonder of the ancient world. On the other hand, the contemporaneous historian Josephus recorded the king’s efforts to Romanize the Temple, as well as the outrage this sparked among his subjects:

For the king had erected over the great gate of the Temple a large golden eagle[symbol of Rome], of great value, and had dedicated it to the Temple. Now the law forbids those that propose to live according to it to erect images or representations of any living creature. So these wise men persuaded [their followers] to pull down the golden eagle; alleging that although they should incur any danger which might bring them to their deaths, the virtue of the action now proposed to them would appear much more advantageous to them than the pleasures of life.

Be that as it may, (and there is a great deal more scholarship on the subject) it seems abundantly clear that the Menorah on the Arch of Titus was truly a symbol of the Exile, and it is curious that the Zionist government would take that Menorah as the national symbol.

The late Lubavitcher Rebbe zt”l took this a step further.  It is well-known that the Rebbe insisted, based on the Rambam’s opinion, that the original Menorah – and by extension the Chanukiah – was composed of branches that came out of the stem in straight diagonal lines, notwithstanding all of the ancient depictions of the Menorah, particularly the one on the Arch of Titus, that had curved branches.  Besides rejecting the curved Menorah based on  issues of authenticity, the Rebbe wrote that, in addition…

“the image on the Arch of Titus was specifically created for the purpose of emphasizing the authority and supremacy of Rome over the Jews, so much so that the words Judeo Captiva were placed there.  There were times that they would forcibly bring Jews there to witness their subservience and subjugation, etc”.

Sifting through these thoughts at Chanukah, and in thinking about our time, it seems clear to me that although he disagreed with the Rebbe about the original menorah had diagonal branches,  Rav Herzog agreed that the decision to enshrine the Menorah from the Arch of Titus as the symbol of the nascent State of Israel was ill-advised.  I assume that they both saw our time as the beginning of the Isaac Covenant.    A time when the Jewish people would no longer be defined by the Tituses of the world; a time that we are past merely focusing on survival of the Diaspora, (as demonstrated by the Ponovezher Rav), but are beginning to reverse the damage and move towards the ultimate Geulah.

Chanukah, as generally celebrated in Israel is certainly still far from achieving its true purpose as commemorating the rededication of the pure Light of Torah as our national guide and joy.  For too many, it focuses on only on a military victory  and prowess, hence Maccabi Tel Aviv, Maccabee Beer, and Maccabiah games.

Nevertheless, let us celebrate how, בימים ההם בזמן הזה, we see many parallels coming true, in our time, of witnessing where

May we learn to appreciate the gift we have of living in such a time, and look forward to the Avraham Covenant, a time when once again,

“Your children will enter the shrine of Your House, clean Your Temple, purify Your Sanctuary, and will kindle lights in Your holy courtyards, and institute new days of Chanukah to give thanks and praise to Your Great Name.”

May the new light over Zion that has begun to shine only increase in its’ strength, so that soon “we will all merit together to appreciate its illumination” 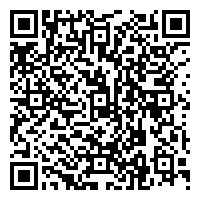