It’s a new year. Everyone is looking for a fresh start. What better time, then, to inject an extra dose of simcha into your life?

When I first began researching simcha for a book I was writing, I thought being happy was a chok – a must-do. If I’m not joyous, I must force myself to be. After all, “ivdu es Hashem b’simcha,” David Hamelech tells us.


But simcha is not just a necessary state of being. It reaches the deepest essence of G-dliness. “Oz v’chedva b’mkomo,” we say every day in davening. “Strength and gladness are in His place.” They are Hashem’s “atmosphere.” Simcha is divine! (It does feel divine when you’re euphoric over some monumental event in your life, doesn’t it?)

Simcha connects us to Hashem and is a byproduct of our relationship with Him. When we’re joyous, we grow closer to Hashem. When we’re not, we lose that connection.

Not long after discovering this nexus, I caught myself getting annoyed at something and immediately asked myself, “Is it worth losing my relationship with Hashem over this?” The answer was clear: “Nah, not over this. The next day, something more significant came up. Again, I asked myself, “Is it worth giving up my relationship with Hashem over this?” No, not over this either, I had to admit.

And so it went. Every time my conclusion was the same – that my desire to maintain a relationship with Hashem was more valuable to me than indulging my negative thought.

Focusing on our relationship with Hashem adds depth to our service of Him. Many people think of mitzvos as a means of attaining reward in Gan Eden. But Chassidus explains that mitzvos are also “relationship builders.” When a Jew does a mitzvah, he connects to Hashem. When he sins, he disconnects from Him. Mitzvos are 613 ways to connect to Hashem.

A person can focus on a grim, judging G-d and making sure he secures a good spot in Gan Eden, but Chassidus prefers to focus on the ability of a person to strengthen his connection to a loving G-d who wants to be close to His creations. Sin should be painful, not because of any punishment we’ll receive, says Chassidus, but because it separate us from Hashem.

What do we achieve by focusing on connecting to Hashem rather than our personal fates in the next world? More simcha, for one. Generally speaking, thinking about oneself is the surest way to perpetuate unhappiness. When we try connecting with Hashem, we stop being the focus of our thoughts. Hashem becomes the focus.

L’chaim to a great new year! 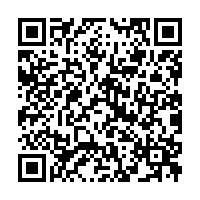