1. Yom Kippur is a day of hope and optimism, in addition to a solemn day of soul-searching. Yom Kippur provides unique awareness of one’s own character and track record, as well as the opportunity to upgrade relationships with relatives, friends, associates and the community at-large.

3. The first human being, Adam, was created on the first day of Tishrei. Human-beings are accorded an opportunity to recreate themselves spiritually, each year, on Yom Kippur, the tenth day of Tishrei – an Acadian word for forgiveness and Genesis. Yom Kippur culminates ten days of genuine, heart-driven atonement/repentance, which begin on Rosh Hashanah. Ten has special significance in Judaism: God’s abbreviation is the tenth Hebrew letter (Yod – י); there are ten attributes of God – Divine perfection – which were highlighted during the Creation; the Ten Commandments; the Ten Plagues; there are ten reasons for blowing the Shofar; one is commanded to extend a 10% gift to God (tithe); Ten Martyrs (Jewish leaders) were tortured/murdered by the Roman Empire; there were ten generations between Adam and Noah and between Noah and Abraham; a ten-person-quorum (Minyan in Hebrew) is required for a collective Jewish prayer; etc.

4. Yom Kippur is observed on the tenth day of the Jewish month of Tishrei, whose astrological sign is Libra (♎). Libra symbolizes key themes of Yom Kippur: scales, justice, balance, truth, symmetry, sensitivity and optimism. Libra is ruled by the planet Venus (Noga, נגה, in Hebrew), which reflects divine light and love of the other person. (Noga is the name of my oldest granddaughter.)

6. Yom Kippur commemorates God’s covenant with the Jewish people and God’s forgiveness for the sin of the Golden Calf.

7. Yom Kippur and the Jubilee highlight liberty and subordination to God. The Jubilee – sanctifying each 50th year by proclaiming liberty, as inscribed on the Liberty Bell – is announced by blowing the shofar (a ritual ram’s horn) on Yom Kippur. The Jubilee liberates people physically and spiritually. The word “jubilee” (יובל) is a Hebrew synonym for shofar.

8. The Hebrew word Kippur, כיפור (atonement/repentance), is a derivative of the Biblical word Kaporet כפורת,, the cover of the Holy Ark in the Sanctuary, and Kopher, כופר, the cover of Noah’s Ark and the Holy Altar in the Temple. Yom Kippur resembles a spiritual cover (dome), which separates between the holy and the mundane, between spiritualism and materialism. The Kippah, כיפה (skullcap, Yarmulka’), which covers one’s head during prayers, reflects a spiritual dome.

More on Yom Kippur and other Jewish holidays: https://www.smashwords.com/books/view/499393 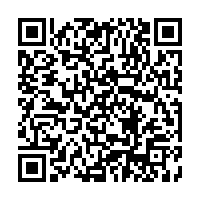