A Border Guard police officer was wounded Monday in clashes with Arab rioters in the northern Jerusalem suburb of A-Ram.

The officer sustained a hand wound when an Arab attacker hurled a lit firecracker at him during the clashes in “Taxi Square.” He was evacuated to Jerusalem’s Shaare Zedek Medical Center, and is listed in good condition.

Two Israeli drivers who accidentally arrived at the square during the riots came under a hail of rocks hurled by the attackers. Both managed to escape the violence and fled the village.

A-Ram is located next to the northern Jerusalem neighborhood of Neve Yaakov, a Jewish neighborhood.

Residents of A-Ram had been rioting off and on in the suburb since Sunday, after a Jerusalem Arab terrorist died after killing a grandmother and a police officer in the Ammunition Hill neighborhood. Four other people were also wounded, including a second police officer, and several others badly traumatized in the attack.

Several Israeli security forces were also wounded in A-Ram on Sunday by the stones hurled by the Arab attackers. 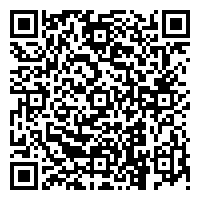