Words are so hard to find at a time that the entire Jewish Nation, and Jews the world over, lost a legend and a leader above all. The great and holy Rabbi Chaim Kanievsky left this physical world on Shushan Purim.

Rabbi Kanievsky was like the Moshe Rabbeinu of our generation.


I live in Jerusalem and we were in the middle of our Purim seudah when we heard the sad news. It didn’t seem real. How can we live without our leader to show us the way?

There is something about a true leader that makes you feel that he is protecting you even if you don’t know him on a personal level.

It’s written about Rabbi Chanina ben Dosa, that the whole world was sustained from this one holy Rabbi, and all that he needed was a few carobs to sustain himself. This simplicity and yet holiness of these holy Rabbis is something that we see from generation to generation throughout Jewish history.

Rabbi Kanievsky, like his ancestors before him, were all great and outstanding holy leaders of the Jewish world, and side by side with their tremendous Torah knowledge, was their simple way of life.

Today, Sunday morning, the funeral is about to set out from the home of Rabbi Kanievsky to his final resting place, in the old cemetery in the heart of the city of Bnai Brak.

The roads leading up to Bnai Brak have been sealed shut. As I was walking down the street in Jerusalem early this morning, I was trying to figure out a way that I might join the mass of people and go to escort our leader in his final journey.

The streets are empty. It looks almost like a ghost town. Already last night, thousands of people made their way to Bnai Brak, because they knew that today the chances would be very thin.

A true leader never rests, never stops praying for the welfare of his people. We are left alone now.

Rabbi Chaim worried about each and every one of us. Who will take his place now? Who will pray for mercy on the Nation and for mercy on the whole world? Who will we go to with our questions? Who will guide us like Moshe Rabbeinu did? Like Rabbi Kanievsky did?

It’s also well known that when such a great and outstanding leader leaves this world, it’s a kapara for all of the people of Israel. Who can imagine what the great Rav Chaim saved us from? Who will guide and lead the nation from now on?

We are left like orphans, like a flock without its shepherd. The pain is great, and the stories about this great giant, Rabbi Chaim can and will fill books throughout time.

Right now we simply need to join together and pay our last respects to our great Rabbi Chaim Kanievsky. His absence will be felt everywhere. He was everyone’s Rabbi, not just of his own community.

May we, the children of Israel, carry on with all the Torah he taught us, and may we pray and plead before the Almighty to hurry our redemption. Please send us a leader from the family of King David who will continue to guide us and pray on our behalf to Hashem.

May his neshama go in front of the Almighty and beg and plead that we be redeemed and see the full redemption with our own eyes soon. May we finally be able to go to the Beit HaMikdash this coming Pesach, and worship Hashem in the best way. 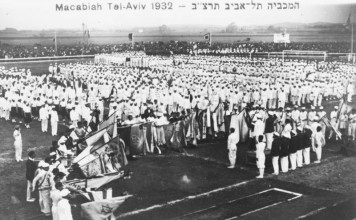