In the past few days two yungerliet (avreichim) drowned! One was in New York and one in Tel Aviv. Not too long ago a rebbe drowned off the coast of Virginia. These are tzaros that affect the entire tzibbur.

The Rambam in Hilchos Taanis says that there is a mitzvah to cry out to Hashem and blow chatzotzros whenever a tzarah comes on the tzibbur. The sound of the chatzotzros is meant to awaken ourselves to do teshuvah, to remind us that the tzaros that befall us are not due to mikreh; rather they are a result of our aveiros. The realization that our sins have caused our tzaros will lead us to do teshuvah. This is similar to what the Rambam writes in Hilchos Teshuvah regarding the sound of the shofar, that it is intended to awaken us from our slumber induced by the hevlei hazman and improve our ways and remember our Creator.

How does the shofar remind us of our Creator? It is brought in the Siach Yitzchak in the Siddur HaGra, and Rav Yeruchum Levovitz in Daas Torah Parshas Emor, that the shofar blasts on Rosh Hashanah are the coronation of the malchus of Hashem, as the pasuk says, “B’chatzotzros v’kol shofar hariyu lifnei hamelech Hashem.”

The sound of the shofar and of the chatzotzros are intended to awaken us to the realization that Hashem is our Melech and that He controls the world and our lives, thus bringing us to do teshuvah – similar to the reason why we blow the chatzotzros in an eis tzarah. They both remind us Hashem is our Melech and that our tzaros are a result of our aveiros.

Rav Chaim Epstein, zt”l, once said that there is another form of kol shofar that Hashem blows in the world to help us remember Him, our Creator: catastrophes. The destruction of the Twin Towers, the massive storms, tornadoes, hurricanes, devastating earthquakes, terrorism, and more are all forms of shofar-blowing. They all show us that we are not in control, that Hashem is the only One in control, and the Melech. We must listen to the sound of this shofar and take the resounding message it brings: remember our Creator, the Melech, and correct our ways.

We say in Kedushah every day, “Nekadesh es shimcha b’olam, k’sheim shemakdishim b’shmei marom.” We ask Hashem to allow us to sanctify His name as do the malachim in the high heavens. Rav Matisyahu Salomon, shlit”a, asked, how are malachim mekadesh Hashem when they do not even have bechirah – free will? He answered that malachim do in fact have bechirah, as we know when they came to Earth they sinned. A malach loses his bechirah when he is in the presence of Hashem. The proximity to Hashem causes such tremendous yirah and pachad that it becomes impossible to sin. That is the kiddush Hashem that the malachim perform. We ask Hashem to allow us to reach the madreigah where He is in front of our eyes – like the madreigah of the malachim.

This was the madreigah that Klal Yisrael were on before Kabbalas HaTorah, as we are told their yetzer hara left them. This is why the Tana’im who withstood temptation were compared to malachim (Kiddushin 40a).

How did Klal Yisrael reach that madreigah? We say in Ma’ariv, “Malchuscha rau vanecha bokeiya yam” – Klal Yisrael saw the Malchus of Hashem at Kriyas Yam Suf. They had Hashem before their eyes. This helped them reach the madreigah of yiras Shamayim necessary to be on the level of malachim.

The Tana’im had Hashem before them, as the Rama writes one should always strive to have Shivesi Hashem l’negdi samid. This is how they reached the madreigah of the malachim, and their tremendous yiras Shamayim enabled them to be misgaber in their nisyonos.

There are many levels in this madreigah, and we can all become likened to malachim if we only open our eyes to the catastrophes that are occurring in front of our eyes. This will lead us to see Hashem’s malchus in the world and increase our yiras Shamayim.

If one would contemplate these tzaros and rachmana litzlan many others, he would see clearly that they are all shofar blasts demonstrating that Hashem runs the world and we must remember Him and improve our ways.

By contemplating tzaros that befall Klal Yisrael we can place Hashem before our eyes and reach the level of malachim.

In the z’man of Mashiach, when we will see Hashem’s malchus rein in the world openly, our yetzer hara will be batul. May we all be zocheh to hear and heed the kol shofar of today, which will enable us to see that the malchus Hashem is in front of our eyes, leading to teshuvah sheleimah, and consequentially the bringing of the geulah sheleimah, amen. 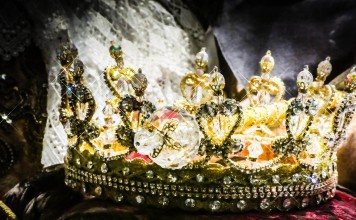 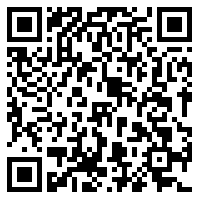