A man was once speaking with Rebbe Nachman, praising someone else for his good character. He said that the other was arintlach (ethical).

The Rebbe replied that it is not appropriate to call a Jew “ethical.” The nations of the world, who may have a morality determined by common sense and fairness, can be called ethical.


But the Jews are a holy people (Isaiah 62:12) and we keep moral commandments that are logical and fair, but do so not for reasons of ethics. Our Creator gave us a Torah. We keep the commandments because they were decreed by G-d and not for any logical or moral reasons.

It is written in the words of King David, “Derech mitzvotecha arutz – The way of Your commandments I will run” (Psalms 119:32).

“I will run” means, I run to keep them because You decreed them in Your Torah.

The Talmud states, “Only the Jews are called ‘Adam’” and not the idolators (Yebamot 61a). What is the meaning of this cryptic statement? Answers Rebbe Nachman, “Derech Mitzvotecha Arutz – The way of Your commandments I will run”: The first letters of the Hebrew words spell out ADaM (man). Israel is a holy people and they are called Adam. Why? Because we do not keep mitzvos due to their being logical or ethical, but because they are decreed by G-d. 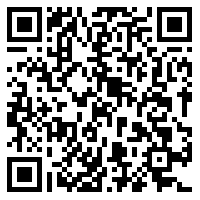