Five years ago, give or take, Charlie Harary aired a clip that he had produced about Chanukah. It was, as always, witty, powerful and exceptionally inspiring. I believe this is the gist of what he presented, but first the background and history.

At the time that preceded the Chashmonaim, the Jews were living in peace and prosperity in Israel with the holy Temple the center of their lives. Physically and spiritually they were flourishing until they were conquered by the Greeks. But Alexander the Great was a benevolent conqueror and life remained tolerant and bearable; until Antiochus came to power.


This ruler was determined to destroy Judaism. No holds were barred, no practice too holy, no place off bounds. The price to pay for the observance of Judaism was death. Little wonder, the Jews dropped their religion.

However, in the small hamlet of Modiin in the Judean Hills, a family of priests hid in the caves so that they could maintain their observance. They were malnourished, terrified and bereft of any military training.

This family considered their options. To continue to live as a Jew meant the hunted existence of a fugitive. To live as an un-hounded Greek was never an option for them.

So they opted for third, and remotest of possibilities. They, a group of weakling, unarmed yeshiva students, resolved to challenge the greatest army on earth. You can’t make this up.

They became known as the Maccabees, a name derived from their belief that would lead them into battle, “Me’Ka’mocha Ba’Keilim Hashem,” “who is like You amongst the mighty, O God?” They knew that according to the laws of nature, rules of logic and axioms of statistics, their victory was an impossibility. But what need was there to rely on nature, logic and statistics? They were, (albeit, hastily assembled) soldiers in the army of the Lord. They were going to do all that they could do and let the Almighty worry about the rest.

So this band of pious guerrillas went to war. For three years the ant beat up on the elephant witnessing a string of miracles that could never be explained through the rules of warfare. After all, how could a group of untrained, under-nourished priests ever defeat the mightiest army on earth in what was the greatest military victory in Jewish history? The outcome was that Jerusalem was liberated and the Holy Temple was reclaimed.

As soon as they entered the Temple they found it a pagan sanctuary with pigs sacrificed on the altar. They longed to sanctify the defiled Temple by lighting a make-shift menorah (as the real gold one had been melted down by the Greeks) but this required pure oil and there was none to be found.

But, a group of insurgents who had routed an army, mopped up the countryside and liberated the Holy City, were not about to give up over a technicality.

After assiduous and copious searching, they discovered one vial of pure lamp oil with the special seal of the high priest – enough oil to light the Menorah for one day only. But this oil miraculously burned for eight days by which time fresh pure oil had been pressed and delivered to the Temple.

The Maccabees purified the Temple and rededicated it on the 25th of Kislev, which is the day that the eight-day holiday of Chanukah (meaning (re)dedication) commences.

More or less we know this story, but leave it to Charlie Harary to derive the following take home message.

“The biggest mistake we make in life is thinking that greatness is based on others. You’re not great until they tell you. Whether its stardom, fame, votes, grades or revenue – we think that the path to greatness is decided by the outside world and is therefore out of our control. So we talk, dress, act and work in ways to get others to think that we are great. It’s not true. Greatness knocks on our door each day. You see, Greatness is our response to one thing: challenge.”

We are constantly challenged to do things that we know are wrong armed with rationalizations like, “Everyone does it.” “No one does that.” “I can’t fix that.” “I know there’s an issue, but I’m too tired, too busy, nor do I have the skills, the knowledge or the resources to really make a difference.”

“Chanukah,” argues Harary, “comes to teach us the secret. Greatness is how you choose to respond. It’s how you fight back when the army of evil, complacency and mediocrity is pushing you to give up your fight. It’s how you sacrifice for others because it’s the right thing to do, even if no one is cheering on the sidelines.

“When you can stare down temptation and greed and say, ‘I don’t care if I can’t naturally win, I’ve got God; I’ll give it my all, and let Him handle the rest.’ ”

Every year we can make our own Chanukah miracle when we realize how little oil we have, but we light it up anyways. We realize that it doesn’t matter what everyone one else says, does or thinks. Greatness is up to me. And it knocks on my door every, single day.

Chodesh tov – have a pleasant month and an enlightening Chanukah! 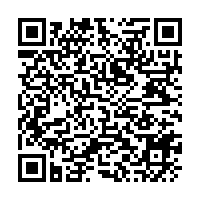