An Arab Israeli carried out a terrorist attack in the southern two weeks ago, the Israel Security Agency (Shin Bet) revealed Thursday afternoon.


The stabbing of the woman was reported at the time, but police later banned all reports. With the help of an eye witness and forensic experts, the terrorist was found not far from his home and is to be indicted.

It lifted the gag order on the attack by 24-year-old Nadal Yosef Jabarin, who has been living in Eilat for several years but originally is from Umm al-Fahm, headquarters of the northern branch of the radical Islamic Movement that preaches violence against Jews.

He stabbed a woman in the face, and she suffered light injuries.

Jabarin told investigators he was encouraged by social media to try to kill Jews.

In a separate attack, a Palestinian Authority terrorist escaped Thursday afternoon after trying to stab a soldier at a checkpoint near at Rachel’s Tomb (Kever Rachel). 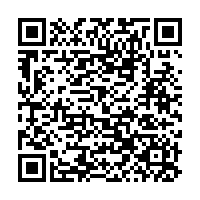