Wandering from town to village, the Holy Brothers neglected their physical needs and were sustained by meager coins or scraps of food that were donated along the way.

One Sunday night they found themselves in a new town on a cold wintry night. The tavern keeper offered to lodge them behind the fireplace that heated the pub. The two of them took their places on the floor, with Reb Zusha, as always, offering his older brother the preferred spot nearer the fire.


No sooner had Reb Elimelech and Reb Zusha retired their weary bones when the tavern began to fill up with non-Jews who had come to celebrate nothing other than their inebriated state. Wobbling and singing as drunkards do, they made themselves merry until they stumbled across a real cause for celebration.

Right before their eyes, innocently sleeping on the floor, was a Jew who could serve as the evening’s entertainment. As many of them were wagon drivers, they were equipped with whips and staffs that could be enlisted to acquire the sleeping Jew’s expeditious cooperation.

“Up and dance!” they ordered, as they snapped their whips and beat their staffs to ensure immediate compliance. Reb Zusha sprang to his feet and danced energetically for the leering drunks. The wagon drivers were not looking for a quick performance – they had all night – and they unsparingly utilized their appurtenances to assure protracted amusement.

Eventually, the drunkards grew tired and allowed Zusha to collapse to the floor. But it wasn’t just one Jew that they had savagely beaten. Reb Elimelech felt every blow on his own back and urgently pressed his brother to exchange places with him. “They’ll be back and then it will be my turn to suffer their indignities.”

But in no way did Reb Zusha feel that he was getting the worse of the deal. Being beaten simply because he was a defenseless Jew was good for the soul, he maintained. And he knew his brother did not dispute this point.

Still, Reb Elimelech would have none of it. He was insistent that they switch places so that when the drunks would decide again to be entertained, he would be the butt of their vile behavior.

And indeed the wagon drivers returned, eager for another dance performance. Not for naught had they entered a tavern.

But in a display of uncharacteristic egalitarianism, they announced that it would only be fair to wake the Jew lying nearer to the fireplace, for the outer one had already made his contribution to the night’s festivities.

Reb Elimelech stood up and explained, or at least tried to explain, that the outer Jew was previously the inner one, for they had switched places. But his entreaties fell upon drunken ears.

Reb Zusha sanguinely accepted his lot and commented, “Melech, don’t feel bad. You see that one who deserves to be beaten cannot avoid it. Your desire to switch places was willed from Heaven.”

Eventually the wagon drivers tired of their entertainment and they crashed to the floor in a drunken stupor. The brothers arose to recite tikkun chatzos and to thank the Almighty for having been separated from inhumane derelicts. Blessed were they to be servants privileged to worship the Almighty.

The Holy Brothers never forgot those that extended themselves on their behalf while they were in their period of exile. One such individual was Reb Aharon in the village of Ludmir who served as their host whenever they visited the village. Reb Aharon lived in abject poverty, but this never stopped him from extending hospitality and sharing his meager crumbs.

Once Reb Elimelech and Reb Zusha were revealed as famous tzaddikim, and their followers were everywhere to be found, they returned to Ludmir – this time in a horse- drawn carriage. Just as in the past, they turned to Reb Aharon for lodging, which he graciously offered, as always.

Overnight, Reb Aharon’s modest hovel became the focus of the town, and masses formed outside the door to seek blessings from the tzaddikim and their intervention in a host of matters.

One of the wealthy merchants in the town felt that he deserved the honor of hosting these famous guests, and he extended his invitation for them to come to his richly apportioned house where they could dwell in perfect comfort. But the brothers flatly refused. 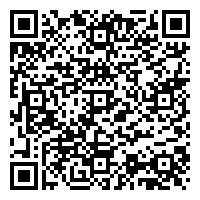