In October of 1997, four Jewish Yale undergraduates (initially five) filed a federal law suit against Yale University charging that the school’s housing policy requiring unmarried freshmen and sophomores to live in coed dorms was discriminatory against Orthodox Jews. Required coed housing and being denied single-sex bathrooms was a violation of the laws and teachings of the Jewish concept of modesty and thus untenable to the plaintiffs.

The meeting with Dean Trachtenberg was a mediation failure. Yale was not budging and these students believed that they were confronted with a situation that was religiously irreconcilable. Accordingly, they – or at least one of them – felt that their only recourse was to bring a federal lawsuit against the university on the grounds of religious discrimination.


The impending lawsuit became a national news item forcing naturally timid, news-averting Orthodox Jewish teenagers into the spotlight. Most read into the suit far more than just trying to spare four students from fulfilling a dormitory requirement, but an attempt to reverse the course of Jewish history in America which had been consistently committed to assimilation.

By in large, the reaction of the Jewish community to the lawsuit was resentment. Independent of the affront regarding public protest which had never been done before, the non-observant were furious that Orthodox students were portraying to the press and the world the specific guidelines and limitations upon a Jew’s behavior. Suddenly they were being viewed as fanatical on issues about which they not only disagreed, but were insignificant to them.

The unbridled chutzpah of these Orthodox students knew no bounds! The nation’s tabloids and radio stations were hearing from a self-appointed group of religious vigilantes as to what the definition of being Jewish in America meant and what precisely a Jew may or may not do. Their definition was a renunciation of liberalism (read: war against modern Judaism).

How absurd was it that a handful of fanatics that were unable to adapt to worldly challenges still expected to be educated in one of the nation’s top university’s – but only if it was done on their own terms. Terms that sanctioned the technical aspects of modernity but rejected its social values.

And, as if the affront to non-religious Jewry was not enough, there were no shortage of Jews from religious homes on the Yale campus who considered the fracas unjustified and certainly not something they were ready to rally behind. It was giving them a bad name for being litigious, against diversity and was damaging the chance of an Orthodox Jew to be admitted to an Ivy League School.

Many religious day school faculties and students believed that Yale was exceptionally accommodating to the Jewish religious population by allowing students to use their meal plan in the kosher cafeteria, provided conventional room keys (as opposed to electronic key cards) to avoid Sabbath desecration, did not object to minyanim or other accommodations. All of this from a university that had a Jewish quota until the early 1960s, but now had a Jewish president, Jewish dean of undergraduates and a student body estimated to be one quarter Jewish.

Accordingly, the Yale Five were treated liked pariahs by their fellow Jewish students who maintained that if you elected to come to Yale, you must abide by the rules. The democratic principle that everyone is entitled to their own opinion was apparently not applicable in this case. And thus there wasn’t even the sympathy that usually accompanies being the underdog.

The verbal assaults were not just restricted to campus. Leah Friedman received significant grief from her high school principal. The man was beside himself for he had worked hard to get her admitted to Yale and now bitterly regretted his efforts. Not only had he labored for naught, it was counter-productive as thanks to the Five Fanatics it would be nigh-impossible to get an Orthodox day school kid into Yale – maybe any Ivy League school.

Insofar as the Yale Five were regarded as insolent provocateurs by publicly asserting discrimination, the issue of Yale’s acceptance of flagrant promiscuity went unchallenged. Consequentially, there was no room for respecting a position that found living in a coed dorm untenable and the norms of modesty non-negotiable.

The press had a field day with the Yale Five. It was a powder keg of profound social and theological implications and clear demarcation lines between liberals and conservatives. There was no throw back to earlier times.

Once Yale had acted in loco parentis, now there were no parietal rules regarding sexual mores. When the parents of these students went to college, if a man were to be found in a woman’s room with the door closed it was grounds for expulsion. My, the times are a’changin, and the media could not get enough of it.

This was the classic “Man Bites Dog.” It represented not only two irreconcilable world views regarding the clash between sacred and secular but also a battle of Jew vs. Jew, as New York Times reporter Samuel Freidman would later entitled his book that features, among other items, a chapter about the Yale Five.

Since challenging Yale University would be the proverbial mouse against an elephant, The Yale Five called upon the services of super-lawyer Mr. Nathan Lewin, who among other things, specializes in religious freedom, in order to even the playing field. 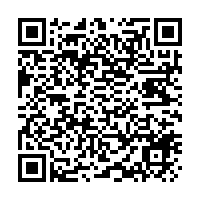