Israelis headed back to the beach on Sunday — at least, those who were not hiding out in buildings with air conditioning or beneath really efficient ceiling fans.

This is the third such unseasonably high heat wave to hit the region in less than a month.


In Egypt, where temperatures rose as high as 114 Farenheit over the past week, the heat-related death toll has risen to 93. Most of those who died were elderly.

Israel’s Health Ministry is urging the public to remember to drink plenty of water. The ministry is particular urges the elderly and those with chronic conditions during the current heat wave to avoid exposure to the sun and heat as much as possible, and to also avoid physical exercise in addition to drinking plenty of water.

Temperatures are expected to soar as high as 104 F and above (40 F) on Sunday in other areas throughout the country — as high as 115 F (46 C) in the Red Sea resort city of Eilat.

At the Dead Sea, a haven for medical tourism in the skin care industry, temperatures are predicted to reach 111 F (44 C) but will feel more like 119 F (48 C) due to the humidity.

The current heat wave is expected to last at least into Tuesday, although the temperatures may drop a little by then. 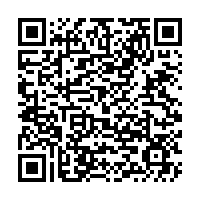