Purim ended and with it so did the shutdowns. On Rosh Hashanah G-d decides what will take place during the coming year. The last day of the holiday of Chanukah is the final closure of the Day of Judgment. Meaning that from Chanukah onwards whatever Hashem had set forth to occur throughout the year, will begin more or less, at that time.

Chanukah 2019 is when this terrible virus was released into the world. And Chanukah 2020 was the first holiday that we in Israel weren’t shut down.

I waited so eagerly to hear the news regarding the shutdown this past Chanukah, since I knew that it would shed light on the entire year. And sure enough on the holiday of lights we were permitted to go freely about our day and especially our nights, and were able to fill the streets with the light of Chanukah.

From that point on, I knew that we would not be closed anymore on holidays, and that this horrible time period called Corona, would finally take a back stage in our lives. Purim came and went and we were not shut down. The excitement that was felt in the air last week on Purim, was more than just the regular festive and happy energy one can feel walking down the beautiful streets of Jerusalem, during the holiday of Purim. What was felt was Hashem’s loving arms hugging us and letting us know that we are out of the thick of the woods. Aside from the obvious hardships, regarding the coronavirus, were the shutdowns specifically on the Jewish holidays.

As Jews, no matter what we are experiencing and going through, it’s the Torah and all it entails that keeps us alive and riveted no matter what is happening around us. When any one of our enemies tried to hurt the Jewish Nation, they usually went for the body and tried to destroy us physically. However, when the evil Nevuchadnetzer tried to kill us he went for our spirituality and tried to kill us that way. And in this way this evil man was more successful than many before and after him since he aimed for our soul, and many fell into his hands.

One of the hardest facts about the shutdowns that occurred here in Israel is the fact that they were revolving around the Jewish holidays and all the synagogues and yeshivot were shut down as well. This virus was trying to eat away at our souls; trying to keep us “distant” from the only thing which really keeps us alive. During the year each time a holiday approached, instead of the high feeling of connection and togetherness amongst one another and towards Hashem, the feeling was of despair and sadness; of loneliness and isolation. Who could think of the holidays and prepare for them mentally or spiritually.

The sad pictures of the Kotel being empty while the Kohanim recited their blessing for all of Am Yisrael, was truly a very sad sight to see, as was seeing shuls closed and yeshivot being fined for allowing students to sit and learn Torah. Streets were empty during all the beautiful holidays instead of music and families celebrating each and every chag. All this was part of the spiritual war this virus was trying to do. Trying to “cool” off the fire which rests in each and every Jew in the world. What keeps us going is our togetherness, our gatherings and celebrations surrounding each and every Jewish moment in our lives.

When we went around this past Purim giving out mishloach manot and all of Am Yisrael read the Megillah together in the synagogues, on the very same night, without being shut down or isolated, it was truly a victory for Mordechai and the entire Jewish Nation against the evil Haman. What keeps us alive is when we are united with one another while we are fulfilling the commandments of the holy Torah.

This Purim there was no sadness or loneliness in the air. And that is the feeling of the redemption which we await each and every year as Purim leaves and the holiday of Passover approaches.

The redemption is a process. Therefore, by reuniting and serving Hashem once again, together, and without sadness, this is the biggest sign that we are closer than ever to the full redemption this Nissan, please G-d.

May we prepare for Passover physically but especially spiritually, with happiness and togetherness, and may we never be isolated from one another nor from Hashem. 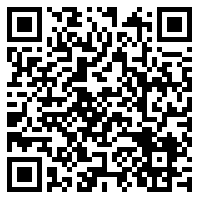