It is customary to count how much money one possesses, to count how many books one has in their home, and it is common to count so many other physical matters.

However, spiritual matters that exist are not as common, or even possible. How does one count spirituality. One can be in a room and hear a great and uplifting lecture, and feel that the whole room is filled with a great sense of spirituality and a holy feeling enwraps them. But can we count the amount of positive energy felt in that room?

All of Hashem’s creations were made in His image. Therefore all mankind has a spiritual element to their being. However, Am Israel is on a different level altogether. All the children of Israel make up one great entity of spiritual holiness. Each Jewish soul that lives in this world, no matter what their state of mind or being, makes up the Jewish nation.

This means that the mere existence of the Jewish soul in this world is of a spiritual matter. Whether a Jew keeps the laws or not, he still possesses this eternal spirituality. If a Jewish person is very ill and cannot do a single mitzvah or good deed, they are still very necessary in the making up of the Jewish spiritual world.

If we were to take a physical matter such as a table or any other physical substance, and break it down to atoms and to the smallest of particles, we would find that although the table looks a certain way to our naked eye, in essence it is made up of thousands of matter which we cannot see when looking at the table. However, without all those scientific particles, this table would not be called a table.

This is true regarding our Jewish souls and our makeup as a nation. Each person counts in the world, and each person has a physical and spiritual worth about them. In the physical sense, it could be what kind of job or profession one has, and their ability to give to society regarding their traits. However, also those souls that don’t have any job or physical ability to give, contribute none the less.

We don’t have the measuring tools for this spiritual matter. Therefore, it is also written in our Torah that no one can measure the reward of any mitzvah since we don’t know which one counts more than the other in the spiritual world.

So if there is a disabled person who is bedridden and is hooked up to every machine possible, he still has great spiritual worth and the Jewish nation wouldn’t be complete if this soul wasn’t exactly in that form in which they exist. (May we all stay healthy and well.) However, Hashem needs those not well souls in the world, in order for our entity as a Jewish nation to continue to exist.

Those disabled souls may not be able to do any mitzvot. However, they cannot do any sins as well, therefore those special souls are adding holiness to the world by not doing anything bad. There are 248 commandments in the Torah which are positive mitzvot. And then there are 365 commandments which instruct us what not to do. The laws about what we shouldn’t do are greater than the amount of positive laws we must obey. Therefore, all those special souls that are fulfilling the laws which we are commanded not to do, are adding so much holy spirituality to the world by merely existing.

When such great leaders leave us it isn’t so easy to fill their place and a spiritual void is felt in this world. Therefore, we must be so careful how we treat and even how we think of each person in this world, especially as a Jewish nation.

Hashem created the entire world so that his creations would serve Him in the best way possible. The Jewish people are the example unto the whole world of how to serve our King.

So let us remember to count each and every soul as a whole unit of spirituality because without them we would not exist. 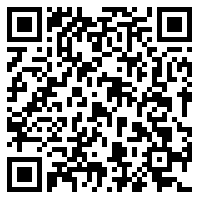