While we should feel excited that we are entering a month that is more susceptible to meriting the geula, there are many obstacles that seem to be impeding our redemption.


It has been just a few weeks since Hashem allowed the Democrats to assume power of all three branches of the federal government, and took it away from the most amicable president in US history towards the Jews and the State of Israel. (It is this author’s position that the election was stolen, I cannot unequivocally prove it and I would not swear to it, but it is my belief based on public information.) Already the new administration has removed sanctions from Iran, and is beginning renegotiating the treacherous and infamous Iran Nuclear Deal. The Iran Nuclear Deal was likely the worst deal ever negotiated by any country. And more importantly, it was extremely ominous for people living in Israel, and America. Yet, that was one of the first things this administration set out to reverse!

The US economy is now is bad shape, and with the anti-growth policies being passed by the Democrats the forecast for the US economy is bleak. I am not offering economic advice, but I am saying that when tens of thousands of jobs are killed in an instant with the strike of a pen, and when the government prints money as if it will have no repercussions on the value of the dollar, combined with many other ridiculous job killing policies already signed and many more in the pipeline (pun intended), we have a recipe for disaster.

We must stop and ask ourselves, why are these things happening. It is against the Torah to assume that they are just happenstance! So, if we believe that they are happening for a reason, shouldn’t we try to figure out why?

When President Trump was in the White House, we felt secure and established in our lives here in America. We no longer feared Iran and their nuclear threats, because President Trump basically brought them to their knees. He crippled their economy and ensured that they had no chance of obtaining nuclear weapons. Unfortunately, we felt too comfortable. Hashem had to remove some of our security and make us uneasy once again. Hopefully we can take the message early on and prevent the situation from escalating any further!

The same is with the economy. Yes, in recent months many people have received large sums of money from various government programs and it seems that this may continue for some time. But how long can this last? How many trillion dollar packages can the government pass? Eventually, it will all come crashing down. Again, Hashem is making it a bit more insecure for us in galus.

Why would our Compassionate Father in heaven do this to us? The Yalkut Shemoni in Tehillim 106 says that our geulah will come about in the same way as the geulah from Mitzrayim did—from five things: hardship; tefillah; zechus avos; teshuvah; and the ketz. Why is it necessary to experience tzaros? It is unfortunately a catalyst for tefilla. When we are suffering we turn to the One who we know can save us from everything.

If we pay attention to what is going on and as a result sincerely cry out to Hashem, we can prevent Iran from ever getting any weapons at all. We can merit our redemption this Nissan!

After Yitziyas Mitzrayim Hashem trapped the Bnei Yisrael from all sides. In front of them was the Yam Suf, then wild animals emerged from the other sides (Midrash beginning of Parshas Beshalach), and the Metzriyim were charging full force behind them. Bnei Yisrael became very frightened and cried out to Hashem (Shemos 14:10). As the pesukim there say, Moshe Rabbeinu told Bnei Yisrael not to fear rather see the yeshuas Hashem, and watch, as Hashem will fight our battles.

The sooner we cry out to Hashem today, the sooner we will merit to see the yeshuas Hashem with the coming of the geula shelaima and reach the ultimate purpose of this world –the revelation of Hashem’s malchus in this world. May it come speedily, amen. 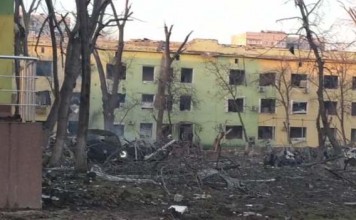 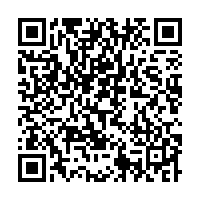