Thousands of Jews – men and women, infants and their great-grandmothers, scholars and laypeople – assembled in Yerushalayim in the Beis HaMikdash. A hush falls over the mammoth crowd, as the royally bedecked king of Israel ascends on to a platform and reads sections of the holy Torah. The nation is inspired and invigorated. A display of unity and a statement of purpose envelops the Jewish people.

This scene repeated itself in Yerushalayim on a regular basis every seven years. This practice will be soon be renewed, with Moshiach himself reading from the Torah scroll.

The Torah says: “At the end of every seven years, at an appointed time, in the Festival of Sukkot [following] the year of Shemittah. When all Israel comes to appear before the G-d, your G-d, in the place He will choose, you shall read this Torah before all Israel, in their ears. Assemble the people: the men, the women, the children…– Devarim 31:10-12.

The Torah tells us that every seventh year was Shemittah (a “sabbatical”) year. For an entire year, the nation’s economy came to a standstill as all farmers and agrarian workers abandoned their fields and flocked en masse to the study houses where for a full year they focused on their spiritual, rather than physical needs.

Now, at the onset of the eighth year (the first in the new seven-year cycle), the nation is ready to head back to the fields and orchards. But first, on the second day of the holiday of Sukkos sixteen days into the new year, all gather in the Beis HaMikdash for a gathering of inspiration. Inspiration to tide them over for the next six years, most of whose time would be spent in business endeavors.

This event was known as Hakhel, “assemble!” It was the only event that required the attendance of every Jew, reminiscent of the historic moment when our nation stood at Mount Sinai, when every member of our nation was present when G-d lovingly gave us the Torah.

“Converts [who don’t understand the Hebrew tongue] are required to prepare themselves and apply their ears to listen with awe, reverence and joyful trepidation, as on the day [the Torah] was given at Sinai. Even great scholars who are versed in the entire Torah are obligated to listen with great concentration… – Rambam, Hilchos Chagigah 3:6.

Once the people had gathered, the king, situated on a specially constructed platform in courtyard of the Beis HaMikdash was handed the Torah scroll that Moshe Rabbeinu himself had written. The king recited a blessing and then read aloud several portions from the Torah and then concluded with several more blessings.

“…Every individual should see himself as if he is now being commanded, and it is from G-d’s mouth that he is hearing these words. For the king is only the messenger to announce G-d’s words.” – ibid.

The talk of all the nation – men, women and children – would then be: “Why have we assembled for this large gathering?” And the answer would be: “To hear the words of the Torah – our essence, glory and pride!” This would lead them to praise the Torah and speak of its glorious worth, and implant within their hearts a desire and motivation to study and know G-d. Thus they will merit the ultimate good, and G-d will rejoice in His creations… – Sefer haChinuch mitzvah 612.

The mitzvah of Hakhel is only in effect when all the Jewish people reside in the Holy Land. Nevertheless, the Rebbe repeatedly encouraged all Jews to utilize this auspicious time to assemble – men, women and children – and encourage each other to increase in Torah observance and study, and foster an environment of fear of G-d.

The Rebbe particularly encouraged these assemblies during the entire “Hakhel Year,” as an opportune time to promote Jewish unity, inspiration and commitment. 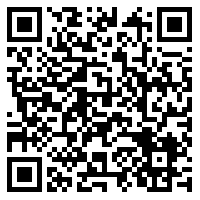