This week is Shabbos Chazon, the Shabbos during the nine days. Two of the three weeks are already behind us. Where are we holding? Our world has changed so much in the past few weeks and months, and it is very important that we not lose track of what Hashem is doing in these final days of galus. Make no mistake, that is the time period we live in.

What will happen when Mashiach comes? Will everything be completely different? The answer is no. The Rambam writes that the world will still be here and most things will remain the same (hilchos Melachim 12:1). So, what will be different? The Rambam writes that Melech HaMashiach will restore malchus beis Dovid to its original standing, build the Beis HaMikdash, and gather all of the nidchei Yisrael (hilchos Melachim 11:1). Now let us have a look into how the stage has been set.


First we need to understand what malchus is. Hashem set up this world with various concepts on which people can rely. One such example is the concept of malchus. Why should one person control millions of other people? Hashem arranged that people should rely on human malchus in order for us to understand in human terms what malchus is all about, and subsequently develop the ability to appreciate His divine malchus. The bracha that we recite when we see a non-Jewish king is asher nasan m’kivodo l’basar v’dam. We acknowledge that the malchus of even the non-Jewish kings comes from Hashem.

The Mishnah in Pirkei Avos 3:2 says that Rabi Chanina, sigan ha’Kohanim, said that one should daven for the welfare of the malchus, for if people did not fear the malchus, a person would swallow his fellow man alive.

The Maharal (Chidusei Agados Baba Basra 15b) says that before Mashiach comes, Hashem will remove all of the malchus and seder from the world. This is so that we will realize that the power of malchus comes from Hashem. Hashem will do this so that we will understand and take to heart that He wants to reveal His malchus now, and as a result we will begin to yearn for His malchus and prepare for it. I don’t think it is necessary to enumerate all of the lawlessness that we have witnessed and continue to witness around the country. The world watched as people were allowed to loot, riot, burn cars and buildings, and even kill other innocent people and essentially nothing has been done to stop them or even hold them accountable. On the contrary, they are commended, as murals are painted with their slogan on city streets by the government! All this has been done to demonstrate that the law enforcement officers are the ones who commit unnecessary violence and crimes!

Wake up! This is not normal! This cannot simply just happen! A year ago if someone would predict to you that this would happen, you would rightfully tell them off. So, now that it has happened how can we assume it was not done by Hashem (who runs the world) with an exact purpose?

The Mir Mashgiach, Rav Yeruchum Levovitz, wrote in Da’as Chachma U’Mussar (chelek 2:27 omek hagalus) writes that before the geula, Hashem will take away anything that anyone could possibly think of relying on. This is in order for us to realize that the only thing that we can rely on is Hashem.

The Maharal explains that these events will occur because Hashem wants us to know and feel with all our hearts, that He is the Melech.

It is time for us to realize what is transpiring in front of our eyes. We should realize that the events that have taken place are exactly as chazal said would happen. We are living through the era of bitul malchus, the removal of rulership. This realization should awaken us to begin yearning for Hashem’s malchus and prepare for it.

Rav Elchonon Wasserman, zt”l Hy”d, says in his Kuntris Ikvisa D’mishicha that we must process the events that are taking place around us through the lens of the Torah in order to properly understand what Hashem is trying to tell us. We will then see how Hashem is preparing to bring the geula, and we will respond accordingly.

In this merit may this year’s Tisha B’Av be transformed into a celebratory day with the arrival of the long anticipated and much needed Melech HaMashiach, amen. 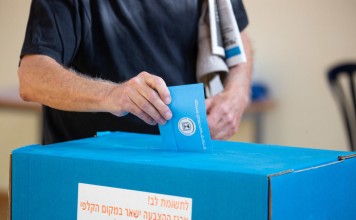 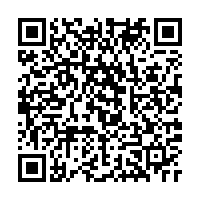