In the sincerest of tefillos on the sincerest of days of the year, Nesaneh Tokef on Rosh Hashanah and Yom Kippur, we say that it is decided on Rosh Hashanah and sealed on Yom Kippur who will live and who will die… who by plague?! It has been many decades since the world population has been plagued by a pandemic, and the predicament that we all find ourselves in currently was something unfathomable. I believe even Hollywood never went this far in their wildest imagination, for in my limited experience, the hero always seems to avert the pandemic before the outbreak. But, not this year, not in real life.

The question we all say in that tefillah, who by plague, has never taken on such realistic meaning in our lifetimes. When we said it last year it could not have had the same affect that it will take on this year. This year we may be saying this tefillah in a shul where there are empty seats due to the mageifa. May it be His will that the kavana that we have in davening this year should help end the gezeira completely.


We all believe that Hashem runs every aspect of the world, but for some reason when it comes to connecting that belief with what is actually happening in our daily lives, that link is often disconnected.

Many aspects of our lives have changed, possibly permanently. The important thing to keep in mind when it comes to all of the changes is that they are all orders of Hashem. Every change to our lives comes straight from the Creator Himself. The new restrictions, even if they seem ridiculous, are orders from God. He wants to change our lives. The fact that our daily routines have been altered is because God so desired.

Earlier in this gezeira we were sent into galus from our shuls, yeshivos, and batei medrashos. A galus within a galus. Since then, this aspect of the gezeira for the most part has been removed. Hashem has granted us permission to reenter our places of serving Him, albeit in many circumstances with modifications. For example, in many shuls mask are still required, and many elderly people still have not returned to shul. Make no mistake these alterations are put in force directly by Hashem.

Where we previously could simply jump on a plane and visit Eretz Yisrael, and show up by the kotel, now we no longer can enjoy that privilege; perhaps we didn’t appreciate it as much as we should have. How many Jews kept the minhag of being oleh regel especially on Sukkos, and are as of now being prevented from doing so? A galus within a galus.

By the destruction of both Batei Mikdash when we were sent into galus Chazal tell us what it was for. The question everyone should be wondering is, why have we been sent this punishment?

Needless to say, on an individual level each person knows what areas they should improve, however this current gezeira is definitely on the tzibbur at large as well, and there is certainly a communal message as well. The Chafetz Chaim wrote an important message in Ma’amar Tzipisa Liyeshua, perek 3. He quotes a Pesikta in Ma’amar Gili that says that Hashem says, “It is not good what you are doing, that you love my Torah, but you are not awaiting my malchus.” We see, says the Chafetz Chaim, that even from those who love the Torah, Hashem expects them to be awaiting the yeshuah.

We truly are a generation that loves the Torah. The level of the average person in Klal Yisrael today is greater that it has been in a very long time. There are many more boys and men learning in yeshiva and Kollel today than in previous generations.

Rosh Hashanah is the day when we coronate Hashem as king over the world. In preparation for this great day we should begin to pay attention to the explicit messages our king has been sending us, and respond accordingly. May it be His will that this coming Rosh Hashanah it is decreed to completely end this gezeira and bring the final geula, amen. 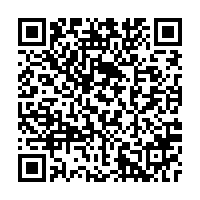