This past week, and next week mark the yahrzeits, (anniversary of death) of very great people that paved the way for the Jewish people.

Our Torah is ever-lasting and applies to us in every generation. The leaders of Am Israel from generations ago and from not so long ago will always be a light onto the people and a path for all generations.


The first leader whose yahrzeit we marked this past Sunday on the 11th day of the Hebrew month of Cheshvan was our beloved Mother, Rachel Emeinu.

So much was written about her and so much for us to learn from the hard life our Mother Rachel had.

As I went to pray by her gravesite I noticed an interesting scene. The road leading up to Beit Lechem is blocked to accommodate all the thousands of visitors on this special day. Therefore, all the neighboring Arabs that live in Beit Lechem who are coming to Jerusalem to work in the morning, were forced to walk by foot out of the area instead of taking busses or cars.

So as I stood there waiting to enter this area, the Arabs were all leaving. Our Mother Rachel told our Father Jacob, to please bury her in Beit Lechem, so that when her children would go into exile, they would pass by her grave and would pray, and she in turn would pray for them and send them encouragement that soon they would return home and be redeemed.

Her son Joseph was the first to pray by her grave as he was taken as a slave down to Egypt. And we have been praying and receiving encouragement from our beloved Mother Rachel for generations, ever since.

On this past Sunday as I watched all the Arabs going in the opposite direction of her tomb, and saw all the Jews heading towards Mama Rachel, a smile and an encouraging thought came to my mind. I mentioned that Rachel was buried in that location so her children could, and would come and pray by her side in times of trouble, and people do come all year long. However, specifically on this day, the message and vibe that she was sending to all children of Israel that came to sit by her side was, “Veshavu Banim Ligvulam” – the children of Israel will return home.

Symbolically all the Arabs were leaving Beit Lechem and all the Jews were entering it. And here on Rachel Emeinu’s yahrzeit, she is once again passing on an encouraging message to all of her children, that indeed you will all return home. Mama Rachel, is one of the most visited matriarchs. Her life wasn’t easy and her tragic and young death leaves all of her children till this day wishing for more.

Mama Rachel’s image gives us strength despite the darkness. It’s written that she is constantly crying over her children. Hashem tells her to cease crying, but she never lets up.

That’s the strength that our mother is giving us throughout time. She is constantly crying for us. Notice it’s written crying, not praying. Crying has a different value than prayer. Prayer might or might not be accepted. Moshe Rabbeinu prayed 514 prayers to enter the land of Israel and was denied. Rachel Emeinu, cried and is still crying to Hashem, and Hashem promised her that her children would return. This is the strength that she is still passing on to us every day. Don’t give up, don’t stop crying and waiting for the redemption, since it’s closer than ever.

The light Rachel our Mother passed on shines in us all, and in every generation, there are special people of the children of Rachel Emeinu that remind us of her strength and of her light.

The passing away of Rabbi Avraham Yishayahu Karelitz, known as the Chazon Ish, who was one of the great lights of Torah in our last generation, definitely received his strength from Mama Rachel. He had the ability to teach and fight to keep the light of Torah alive in Israel, when so many were leaving the Torah, after they arrived in Israel and entered the kibbutzim, during the establishment of the state of Israel. This great child of Rachel, stood strong and built up the spiritual side of the land of Israel, and made sure to never stop crying, as did his Mother for all the children of Israel to return Home, to the Torah.

Another great leader that we mark this week is Rachel Emeinu’s son Rabbi Shlomo Carlebach, of blessed memory. Indeed, he followed in his Mother’s footsteps crying and praying for every single child of Israel to come home.

Rabbi Shlomo’s way of crying was by singing. He sang his way to the hearts of the children of Israel, and in that way saved so many lost souls and brought them home to Torah and to the land of Israel. Just as Rachel Emeinu lives on forever, since it’s her message and tears that never cease to exist, so does the Torah and songs that our beloved Rabbis left us, live on and strengthen us forever.

And last, but not least, is our beloved rabbi and leader, Rabbi Meir Kahane, of blessed memory, who fought and stood on the front lines to save the Jewish land and people from all of our arch enemies who are waiting to destroy us in every generation. He was strong at heart and mind, and was like the great prophet “Shimshon, the mighty.” He taught us not to fear our enemies, but rather to be strong and be leaders just as our ancestors were in past generations.

Rabbi Kahane took his strength from the Torah and fought for the truth of the land of Israel and its people till his dying day. This strength could have only come from Mama Rachel who is still crying for her children till this very day.

May we continue to receive strength from our Mother Rachel, and may her tears finally cease, as all of her children finally return home in the final redemption, Amen. 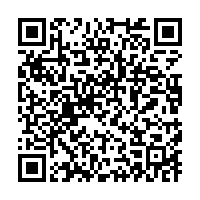