The pasuk in Parshas Re’ai tells us that we eat matzah because Hashem took us out of Metzrayim b’chipazon – with haste. The Zohar tells us that this was because Klal Yisrael were on the forty-ninth level of tumah, and had they remained any longer they would have sunk to the point of no return.

The Mashgiach Rav Matisyahu Salomon, shlit”a asked a compelling question. We know that the shibud stopped one year before Klal Yisrael left Metzrayim. For an entire year, the Jews witnessed the ten makkos defy every natural law and completely obliterate their oppressors. How could they still be sinking lower in tumah after witnessing this? In fact, Rashi (Shemos 7:3) tells us that the purpose of the makkos was for Klal Yisrael to attain yiras Shamayim. How could witnessing these supernatural events lower their level?


Rav Matisyahu says that we can learn from this a chilling reality. If one witnesses Hashem overturning the world in front of him, and he is not meisim lev – paying close attention and concentrating on it – it will bring him to a lower madreigah. The Bnei Yisrael were not meisim lev after seeing the yad Hashem destroy Metzrayim in front of their eyes. Therefore, they were constantly sinking to a lower level, and they had to be redeemed immediately.

Why is it that if one is not meisim lev after seeing the yad Hashem it will bring him to a lower madreigah? Concerning the makkah of Barad, the pasuk (Shemos 9:20) says that whoever was a yarei dvar Hashem brought his animals inside, and they were saved. The following pasuk contrasts and says that whoever was not “sam lev” did not bring his animals inside, and thus they were lost. The opposite of yiras Hashem is not being meisim lev. Not paying attention and focusing on what is going on around a person is the antithesis of yiras Hashem.

The Rambam (Hilchos Ta’anis 1:2, 3) says that whenever tzaros come on Klal Yisrael, they are because of our actions. If one says that these occurrences are part of the natural course of the world and are not cause for one to cry out to Hashem and do teshuvah, he is an achzar – a cruel person. The Rambam calls such a person an achzar because he has closed his heart.

The Gemara in Yevamos 63a says peraniyos, calamities, only come to the world because of Yisrael. Rashi explains that it is for us to learn from, gain yirah from and do teshuvah.

As everyone is aware, there is a virus going around the globe, and many people have been affected. Many people are frightened from contracting the virus. Governments have issued restrictions and even quarantined many individuals out of fear of the virus spreading.

Needless to say, everyone should be cautious and take common sense necessary precautions. However, we also must think about this in the bigger picture. Or specifically, why is Hashem causing this virus to spread now? What are we supposed to take from it?

The first obvious thought is that we should understand that only Hashem can actually help us from this plague. There is no cure or vaccine, no human intervention possible, only Hashem. This understanding should help our emunah and bitachon in the true healer, Hashem.

Interestingly, the name given for this virus is corona. Human coronaviruses were first identified in the mid-1960’s. Coronaviruses are named for the crown-like spikes on their surface. In Hebrew the name sounds very much like the words karu nah – please call out. The Yalkut Shimoni (Shmuel 1:106) says in the name of Rabi Shimon ben Minasya, Yisrael will only see the geula when they are mevakesh and beseech Hashem for malchus Shamayim, malchus Bais Dovid, and the building of the Bais HaMikdash. May we be zoche to realize how much we need these three things and call out to Hashem and beseech Him to return these to us.

The circumstances of quarantine should be reminiscent of where the Torah requires quarantine – a metzora. The Torah requires that a metzora sit in isolation away from civilization. Rashi explains the reason why a metzora must sit in isolation is because since he caused a parting through malicious talk, he too shall be set apart (Vayikra 13:46). In other words, the Torah places people in quarantine or isolation when they cause others to separate. If many people in the world are being sent to isolation it is a clear indication that Hashem wants the idea of quarantine to be on our minds. This should remind us of when the Torah quarantines and that is for the aveirah of lashon hara and other means of causing division between people.

Hashem is sending a message loud enough for everyone to hear; but only a few people will understand Him. Hashem is talking to those who can understand Him. If we chose not to listen, we risk falling into lower madreigos, chas v’shalom.

May we begin to be meisim lev to these current events, and may we use it to grow in our emunah in Hashem. 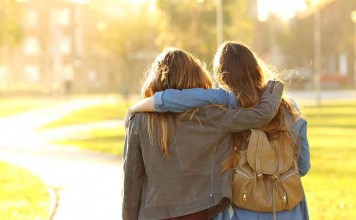