At the age of 32, he discovered he was Jewish. Michael was born to a gentile, Greek father and a Belgian mother, whom he assumed was gentile as well. When Michael married his Catholic girlfriend, Susan, his mother still did not divulge her background.

Michael and Susan were two Bohemian types. Michael was an aspiring artist who tried to make a living from his artwork. Susan had just returned from India, where she dabbled in Buddhism and studied yoga.

The young couple bought a bus, converted it into a home, and moved in. Michael and Susan traveled all over Europe in their bus. One day, they decided to take a trip to Israel as well. At this time, Michael and Susan had a little girl and another child on the way.

While parked across from the Old City of Jerusalem, a young Orthodox rabbi knocked on their door, curious to see what kind of people lived in a bus. The young couple invited their guest in. The rabbi started to ask them their history. When Michael told the rabbi that his mother’s maiden name was Levy, the rabbi raised his eyebrows and said “Hey, I think you might be Jewish! You should check it out!”

Michael contacted his mother. After a lot of prodding, she finally admitted that she and therefore, he, were indeed both Jewish. After escaping the Holocaust, Michael’s mother decided to erase everything connected to Judaism.

Michael, a newly discovered Jew in Israel, decided that he must stay for a little while longer while he learned about his heritage.

With special permission, Michael and Susan parked their bus on the grounds of a religious kibbutz. The first Jewish holiday celebrated at the kibbutz was Simchat Torah. Michael was given a Sefer Torah to hold.

Susan, watching from the women’s section, could not believe her eyes as she saw tears streaming down Michael’s face. He later explained how heavy the Torah was. He felt as if he was holding all the weight of 5,000 years of his people’s history. Susan was not so sure where she fit into this picture of Michael’s newfound religion.

Shortly afterwards, Susan gave birth to a baby boy who was born with a terrible disease. The doctors gave the baby one year to live. Susan somehow felt that her sick child needed a Jewish soul, and so she and her children converted. Thebris was performed when the baby was three months old.

A miracle occurred and the baby survived. Today, he is 26 years old, and married with two children of his own.

Michael and Susan are still living on that same kibbutz in Israel. You wouldn’t recognize them now, as they look like a typical religious family. Seven more children were born to “Moshe” and “Sarah” “Ben-Yaacov”. Moshe is an internationally known artist, who is especially known for his magnificent ketubot.

Moshe’s mother is a frequent visitor at the Ben-Yaacov home in Israel. In their dining room, you will find a portrait that Moshe painted of his mother, once again lighting Shabbat candles.

Hashem is the Master Artist of all his works. And the story of Sarah and Moshe is a priceless masterpiece. 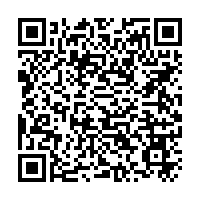