I pass by the house several times a week and whenever I do, a warm feeling enfolds me. It’s a simple two-story brick home, but to me this home symbolizes a very special time period that changed my life forever.

So we will now go back on a time machine, back to the past and to the young 10-year-old I was when this story unfolds. My father, a”h, our shul’s secretary, came home with some interesting news that sent me into a tizzy.


The shamus of our shul, Rabbi Moshe Margolin, a”h, (he was also an officer of Ezras Torah in New York City) had submitted his resignation to the shul’s board. He had assisted our rav, Rabbi Aaron R. Charney, a”h, for several years but was moving to, in Daddy’s words, “A place called Crown Heights, probably to ensure the likelihood of proper shidduchim for his children.”

This explanation made absolutely no sense to me.

First, the oldest child was only 13, so why should that be any consideration at this point in time? Second, and more importantly to me, what was I going to do when my best friend, Leah, was moving away to this faraway place called Crown Heights?

To my dear mother’s credit, she arranged for me to spend Acharon Shel Pesach with the Margolins in Crown Heights.

The Jewish flight from Crown Heights, which occurred in the mid-1960s, had not yet begun. Thus, there was standing room only on Eastern Parkway on a Yom Tov afternoon, as all manner of Jews sat and chatted on the benches dotting the parkway.

I had never visited a frum neighborhood before. In Bayonne, New Jersey, where I grew up, although there was a kosher butcher shop, the “kosher” bakery was open on Shabbos. In the supermarket, Mommy would scrutinize every label marking the different foods. Oftentimes one could hear the clickety-clack of her typewriter as she inquired about the reliability of the various hechsherim that were posted on the different items. But no kosher grocery store existed.

Many frum Jewish kinderlach played outdoors on the lovely Yom Tov afternoons. All this made it very hard for me to return home to Bayonne and continue to spend more lonely Shabbosos there.

I vowed that when I would grow up, I would speak Yiddish to my kinderlach and I would move to “a place called Crown Heights.”

Mommy wisely said nothing, assuming in her innocence that I would snap out of my irrational reverie before too long. But she was wrong.

Those early childhood impressions stayed with me forever and I now live “in a place called Crown Heights.” In fact, I live around the corner from a certain nondescript two-family house where I experienced a wonderful Yom Tov that changed my life forever. 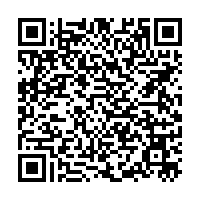