There is a fascinating sequence of commands in the great “holiness code” with which our parshah begins that sheds light on the nature not just of leadership in Judaism but also of followership. Here is the command in context:

“Do not hate your brother in your heart. Reprove [or reason with] your neighbor frankly so you will not bear sin because of him. Do not seek revenge or bear a grudge against anyone among your people, but love your neighbor as yourself. I am the Lord” (Leviticus 19:17-18).


There are two completely different ways to understand the italicized words. Maimonides brings them both as legally binding. Nahmanides includes them both in his commentary to the Torah.

The first is to read the command in terms of interpersonal relations. Someone, you believe, has done you harm. In such a case, says the Torah, do not remain in a state of silent resentment. Do not give way to hate, do not bear a grudge, and do not take revenge. Instead, reprove him, reason with him, tell him what you believe he has done and how you feel it has harmed you. He may apologize and seek to make amends. Even if he does not, at least you have made your feelings known to him. That in itself is cathartic. It will help you to avoid nursing a grievance.

The second interpretation, though, sees the command in impersonal terms. It has nothing to do with you being harmed. It refers to someone you see acting wrongly, committing a sin or a crime. You may not be the victim. You may be just an observer. The command tells us not to be content with passing a negative judgment on his behavior (i.e. with “hating him in your heart”). You must get involved. You should remonstrate with him, pointing out in as gentle and constructive a way as you can, that what he is doing is against the law, civil or moral. If you stay silent and do nothing, you will become complicit in his guilt (i.e. “bear sin because of him”) because you saw him do wrong and you did nothing to protest.

This second interpretation is possible only because of Judaism’s fundamental principle that kol Yisrael areivin zeh bazeh – All Jews are sureties [i.e. responsible] for one another. However, the Talmud (Bava Metzia 31a) makes a fascinating observation about the scope of the command:

One of the rabbis said to Raba: [The Torah says] “hocheach tochiach,” meaning that you shall reprove your neighbor repeatedly [because the verb is doubled, implying more than once]. Might this mean hocheach, reprove him once, and tochiach, a second time? No, he replied, the word hocheach means even a hundred times. Why then does it add the word “tochiach?” Had there been only a single verb I would have known that the law applies to a master reproving his disciple. How do we know that it applies even to a disciple reproving his master? From the phrase “hocheach tochiach,” implying: under all circumstances.

This is significant because it establishes a principle of critical followership. In past essays we have been looking at the role of the leader in Judaism. But what about that of the follower? On the face of it the duty of the follower is to follow, and that of the disciple to learn. After all, Judaism commands almost unlimited respect for teachers. “Let reverence for your teacher be as great as your reverence for heaven,” said the Sages. Despite this the Talmud understands the Torah to be commanding us to remonstrate even with our teacher or leader should we see him or her doing something wrong.

Statement on the Kidnapping by Rabbi Yitzchak Ginsburgh

What Is It Really Like for a Baal Teshuva? 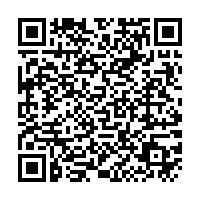