I live in the Ramot neighborhood of Jerusalem. Just up the road from my house is Kever Shmuel Hanavi (the Prophet Samuel’s tomb). This landmark is situated in a very strategic spot. It is 885 meters above sea level, affording a panoramic vista of Jerusalem and its surrounding areas. For hundreds of years, it was in Jewish hands.

After the Arabs took control of the site, they built a mosque where a church had stood earlier. From their vantage point, the Arabs were able to attack us at will. During the Six-Day War, we liberated the area. Kever Shmuel Hanavi was once more in our hands.


The first time I visited this site the atmosphere felt strange, almost foreign. We parked our car next to a few Arab homes, part of a small adjacent Arab village. We could see their prayer mats hanging on the railings. I saw Arabs entering their mosque, and did not know if I would be able to concentrate on my prayers inside. It did not feel like a holy place for Jews.

Then I entered through the side entrance. The walls were lined with siddurim, Tehillim and sefarim. There was a table laden with drinks and cookies for those who came to pray. I descended a set of stairs and found myself in a small synagogue. In the center was the velvet-covered kever. Women of all ages were praying intently. The few children there sensed the holiness of the place, and reverently placed their hands on the velvet cloth.

The walls of the women’s section were plastered with various prayers for different occasions. Women passed around the names of people who needed prayers said for them. The sanctity of the place was palpable, and I soon realized that this was a perfect setting to pour my heart out to Hashem.

About a year ago, I visited the site again. A woman was passing out a sheet with a special prayer. It was a moving prayer of thanksgiving to Hashem.

My daughters and I now say this tefillah every Erev Shabbat. We light our Shabbat candles and then recite this special prayer with all of our hearts. We thank Hashem for all the good in our lives. We thank Him for the things we don’t even realize we should be thanking Him for. We thank Him for being able to thank Him.

The second part of the tefillah requires more strength and faith. We thank Hashem for the difficult times in our lives. We proclaim that everything that happens in our lives, even those things that are so hard for us to bear, is ultimately for the good.

I have given copies of this tefillah to my family and friends. They, in turn, have copied it and sent it to others.

One person in particular thought it was a beautiful prayer and recited it once in a while. Then she was struck with illness. She is now undergoing difficult medical treatments and she prays the outcome will be successful. She says that this tefillah provides her with the strength to navigate her ordeal. She is able to view her illness in a different perspective, as she thanks Hashem daily for all she has been given.

May Hashem grant her and all of Israel’s sick good health and happiness. 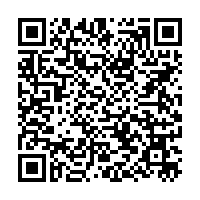