After my dear mother’s passing, I found her wedding ring. I don’t recall Mommie ever wearing it because she always wore an eternity ring. In any event, the wedding ring is lovely. It is thin enough to wear next to my engagement ring, so one day, I decided to wear them together to keep my sorely-missed mother, OBM, closer to me.

What is precious to me is the engraving which appears inside of her ring. The words read: Always Forever. It got me to thinking about how Mommie’s values are indeed the foundation, the yisod, of her life which truly lives always and forever.


As children age, sometimes it is hard to differentiate between their personal values and those that were inculcated within them by their parents. For instance, when I worked in a community organization many years ago and the folks that I was attempting to assist were rude, I could hear Mommie saying: “There is no excuse for bad manners!” Her voice rang so loud and clear in my brain that I had to stifle a smile, thinking the individual who was not living up to my mother’s standards might hear her disapproving voice!

Honesty, integrity, and therefore mentshlichkeit, were part and parcel of my parents’ DNA. During the last six weeks of Daddy’s too-short life, he had begun a new position as the comptroller for a company situated closer to our home. Daddy actually had tears in his eyes when he reported finding many mistakes made by the previous comptroller. In just a few short weeks, Daddy recouped a large sum of money for the company. When he was niftar suddenly, I shouldn’t have been at all surprised that his new boss closed down the company the day of the levaya and all of the employees attended the funeral.

Several years ago, my hometown of Bayonne, NJ was highlighted in a Jewish magazine. It had been my suggestion that the generations of frum Jews who had laid the foundation of Yiddishkeit in several NJ towns should be highlighted. Bayonne, my hometown, was chosen. I provided much of the background material and contacts for the author, whom I never met in person, and yet as the publication date for the piece drew near, the author told me that he had a surprise for me.

It was this: He noted my contribution to the piece, recognizing me as “the daughter of Rose and Manny Tunis.” I was shocked that only through telephone conversations, as well as via email, he was able to cull that yes, being recognized as the daughter of my parents is the highest honor that could be bestowed upon me.

As my parents, OBM, imbued within their children: One must hold onto the belief that the core values of honesty and integrity will hold us in good stead, Always Forever! 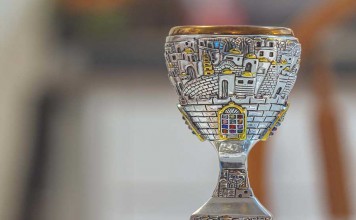 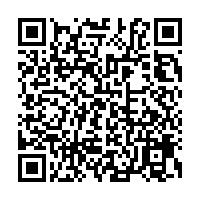