King Ptolemy of Egypt had heard that the Jews possessed the Torah, the five books of Moses that contained much wisdom and excellent laws. He desired to have this Torah translated into Greek so that he, too, might learn its contents.

He decided to prepare a wonderful gift for the Jews so he ordered his artisans to fashion a table of gold, two gold vases, two silver ones, and two golden cups. He carved exquisite figures upon them and he studded them with 5,000 gems of various sizes. The king personally supervised the construction and when it was finished he was very pleased.


The king placed these presents in a chest and he wrote a sealed letter to Elazar, the High Priest, which he entrusted to the hands of his loyal servant, Aristeas. The servant arrived in Jerusalem and he delivered to Eleazar the presents and the letter, which read as follows: “Ptolemy, King of Egypt, sends Eleazar, the High Priest, peace!

“As I have heard that you Jews possess an excellent law, I therefore beg of you to send me 72 of your wise men who understand the Torah, in order that they may translate it for me into the Greek language. In gratitude for your friendly consideration, please accept the gifts that I am sending you with my servant Aristeas.”

When the Kohen Gadol received the letter and presents from Aristeas, he was elated. He said to the king’s servant, “I beg of you, please remain here for several days while I choose the 72 wise men who will return with you to Egypt.”

Aristeas remained in Jerusalem viewing the sights. He was honored by being permitted to view the services in the Temple when the priests officiated. He was so impressed that he wrote a long letter to the king describing the scenes. He described the long gowns that the priests wore, which covered their bodies down to the ankles. He described the altar upon which the priests ascended to offer the sacrifices, the pure marble that covered the floors and the sparkling spring waters that washed the floors continuously.

Part of the letter read as follows: “The sincerity and zeal of the priests is indescribable. Not a word was spoken as they did their work, realizing that it was holy work. I was privileged to see Elazar, the Kohen Gadol. His robe was magnificent; its hem was ringed with golden bells that chimed beautiful melodies as he walked. On his chest was the plaque of law, studded with 12 scintillating diamonds, encased in solid gold. I was overawed by its majesty and beauty. From there I viewed the city, its walls and fortifications. In every street I found gardens and vineyards and thousands of sheep and cattle roaming the fields. Israel is truly a prosperous nation and a blessed people, dwelling in the protection of their G-d. Lucky are the people who possess such a G-d.”

Elezar chose 72 of the sages of Jerusalem and he presented them to the king’s servant and he said to him: “Treat the men with respect and grant them whatever they may request of you. After they are through with their translation, let the king not detain them even one day.”

Aristeas and the sages arrived in Alexandria, Egypt. The king and a large multitude of people turned out to greet them. A parade was held in their honor and when they arrived in the king’s palace the king greeted them and gave them his blessing.

The king then ordered a magnificent feast to be held in honor of the sages. He invited all the ministers, officials and leaders of the country to participate in the festivities. Because they were strangers the Jewish sages sat apart, for that was the custom in Egypt.

At the conclusion of the festivities, the king turned to the sages and said, “I have heard that you possess wisdom and knowledge, therefore I would like to ask you many questions and by your answers I will confirm whether you are as clever as people claim.

Inasmuch as you are 72 sages, I will therefore address a question to each of you, during the next seven days – a total of 72 questions.”

“Ask, your majesty, and we will answer you to the best of our ability,” they replied. 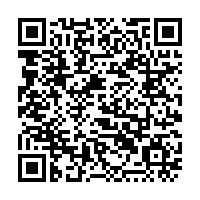