I remembered these words that I heard in a shiur I attended several years ago – when my husband and I became billionaires last month! It’s not easy to describe the hakarat hatov, the incredible gratitude, we felt to Hashem when our youngest daughter recently gave birth to her firstborn, a bechor. This put us in the category of the richest people in the world.


“We’re on our way to hospital,” she said from her cell phone one Thursday evening. “They may send us home. Maybe it’s a false alarm. Don’t worry, I’ll be in touch as soon as we know what’s happening.”

My Shabbat preparations ground to a halt as I sat down with my Tehillim and waited for her call.

Although all of our children are blessed with children, we have never taken its blessing and privilege for granted. There are many couples in our wider family that, after many years, are still waiting and praying for this zechus. And there are those with children that have sometimes experienced very difficult times. We’ve mourned miscarriages and stillbirths with them, shared their pain and hopes, and joined in their tefillot and tehillim.

My emotions were a mixture of worry and excitement. I was davening that everything should go well, that the birth should be straightforward and problem-free, and that the children should be blessed with a healthy baby. As one of her sisters had been through the trauma of two stillbirths, even at this late stage we always need to ask for rachmei shamayim (heavenly mercy). And I was also excited at the prospect of my baby becoming a mother herself and a new grandchild being born into our family.

“They’re keeping me in, but there’s still a long way to go,” she said when she called. “My sister-in-law’s coming over to help me with exercises and massage; she’s done it before with her sisters.”

I was relieved to hear that she was going to be in the good, experienced care of someone who’s experienced many births herself, someone who has helped others during their experiences of giving birth.

I dozed and davened the night away. Waiting for the next call, but knowing that it could be many hours away, I tried to not be a nuisance and kept my calls to a minimum. But I could sense that things were moving very slowly.

Friday morning found me half-asleep, with Shabbat preparations half-finished. I continued cooking and cleaning with my eye on the clock and the telephone within easy reach.

By midday my hope of hearing good news before Shabbat began to fade and I just wanted to see my daughter and bentch her, as my husband and I tried to do with all of our children on Friday night.

I called her to check that she didn’t mind if we came over to see her before Shabbat. She was delighted at the idea and said that her husband’s rav had suggested that she ask all of her sisters and sisters-in-law to bentch the Shabbat candles 10 minutes early as a segulah for a safe and quick delivery.

I put the finishing touches on my Shabbat preparations, packed some food for the couple, and my husband and I hurried over to the hospital. Jerusalem’s Shaare Zedek Medical Center is a heimish hospital where families are welcome so long as they don’t intrude on medical or personal activities or wishes. Another sister-in-law, a trained labor coach, had joined with those who had been working hard for over 12 hours, and my son-in-law and his brother were outside the room in the corridor.

My daughter smiled as she saw me arrive. It was about an hour until Shabbat and, according to the midwife, my daughter was still some time away from giving birth. But, thank God, everything was fine and there was no need to speed things up. Her sisters-in-law, who were rubbing her back with each contraction, were determined to stay with her to the end.

Since walking home or sleeping on a hospital mattress that would have wreaked havoc on my back wasn’t an option for me, I knew we would have to leave soon. We bentched her and left our son-in-law with the containers of cholent, chicken and kugel. As we were about to leave, though, I heard the midwife say, “Wonderful, it won’t be long now.” 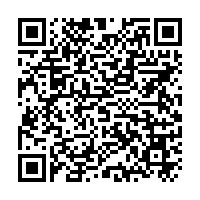