I was visiting a shul I formerly attended during my previous marriage. My former husband worked on Shabbos, and did what he could to pull my children away from Yiddishkeit.

Having not been to that shul in many years, my new husband and I were there for a simcha. It was Chol HaMoed Pesach, and my children’s former friends were there from all over the world. They were all grown, and starting to build families of their own.

I looked over the aisle and saw a young mother sit down next to my son’s former best friend’s mother. I had heard that this friend had moved to Israel and that he and his wife had just had their first child. I could not get over this beautiful young woman and her child, and I was so happy that this young man had created such a beautiful Jewish family. I started thinking about my son, who was dating a non-Jewish woman.

Davening to the Almighty, I thanked Him for blessing me with a wonderful new husband who was an upstanding man, a gabbai in our shul. I was so proud of him.

I continued my tefillah, asking Hashem to please let me see my son raise a beautiful Jewish family.

At that exact moment, I heard my husband being called to the Torah for an aliyah.

I felt that Hashem was answering my prayer. 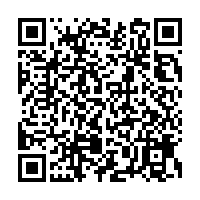