Looking back, it was almost impossible not to notice how eerily appropriate it was that this potentially catastrophic incident occurred during the holy calendar days on which we recite the beautiful prayer “L’David, Hashem ori v’yish’i.” In fact, had the master poet King David not beaten us to it, that special ode to Hashem’s protection and salvation could have conceivably been written by my own children and grandchildren as a well-deserved song of thanksgiving.

However, the irony did not end there. Instead it formed a crystal clear lesson, with multiple layers, that our daughter and her family would not soon forget.


It was the second night of Yom Tov, and our daughter had invited her lovely neighbors, who lived just across the hall, to join them for the festive Yom Tov meal. Ever the consummate hostess, she had prepared a magnificent feast in honor of the holiday, and was thrilled to share her lavish fare and trademark warmth with them. The two families got along beautifully baruch Hashem, and my daughter was thus comfortable accepting her guests’ offer to bring along some home-baked challah and other delicious treats for them to enjoy together. And so the stage was set for a delectable, companionable, and uneventful evening of shared food, song, and conversation.

In fact, the only minor sticking point was what to do about the neighbors’ infant daughter, who was sleeping peacefully in her crib at that hour. On the one hand, their apartments were literally a few steps apart, and the easiest solution would have been to let her continue sleeping, and just check up on her periodically throughout the meal. Otherwise, they could transfer her to a crib in my daughter’s apartment, and hope that their peace of mind would outweigh the inherent inconvenience.

“I’m nervous about leaving the Yom Tov candles unattended, especially with the baby alone in the apartment,” the neighbor ultimately decided, and baruch Hashem managed to transfer her adorable sleeping bundle without awakening her.

My daughter tends to be very protective of her children, but she still found the thought of anything dangerous happening to the candles amusingly far-fetched. Gracious hostess that she is, however, she was happy to accommodate her friend’s request and prepare a crib for the baby.

Candle lighting time on the second night of Yom Tov is never specified precisely, but rather always listed as ‘not before x time’ or alternatively ‘after x time’ because candles may only be lit after nightfall, once the first day of the holiday is definitely over. And, rather than striking a match, the flame used to light the candles must be transferred from an existing flame, usually a long-burning yahrzeit candle many designate for that very purpose.

My daughter had left a burner lit so that she could heat and cook food over Yom Tov, and fearing that a match would be extinguished before she managed to transfer the flame, she had the ingenious idea of requisitioning a shamash candle left over from Chanukah for that task instead. Unfortunately, though, her plan soon proved to be not quite as brilliant as she had anticipated.

She was able to transfer the flame and light the second day’s candles seamlessly, but then was not allowed to blow out the shamash on Yom Tov. So she gently placed it on the mirrored tray alongside her candlesticks, expecting that it would snuff itself out in a moment or two. Except that it did not!

Instead, she watched with mounting anxiety as it not only continued to burn brightly, but somehow reignited the used matches from the previous night, causing a mini bonfire on the tray!

Eventually the excessive heat caused the mirrored glass to crack altogether, and her silver candlesticks began to lean precariously on the jagged uneven surface. Needless to say, the quiet evening with their dear neighbors suddenly turned unexpectedly eventful and exciting, albeit in an extremely tense and frightening way!

B’chasdei Hashem, the shamash and all of the Shabbos candles died down on their own in due time, thankfully without causing any additional damage. After several emotionally charged hours, only the candlesticks standing atilt atop the charred and mangled tray bore witness to the fierce battle that had been waged there. Baruch Hashem our children, grandchildren, their home, and guests remained unharmed, and sustained no lasting scars from that harrowing experience.

However I can state with no small degree of certainty that my daughter will never again use a long candle to light her Yom Tov lights. Nor will she ever again call into question a mother’s maternal instincts and niggling concerns.

And when she and her loved ones (ourselves included!) will once again recite the poignant verses of “L’David, Hashem ori v’yish’i” we will have our own modern day tale of light and salvation to thank HaKadosh Baruch Hu for as well. 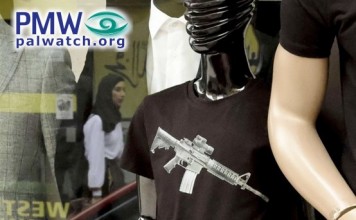 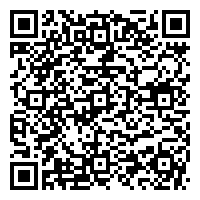