Last week, New York’s Attorney General Letitia James met with business and civic leaders, met with Democratic leaders in Brooklyn and the Bronx, spoke at a League of Conservation Voters gala in Manhattan, delivered a major speech on her vision for NY State that would surely require her to step a notch higher than AG to carry out, and made at least one declaration that was good enough to use as a gubernatorial campaign slogan: “There is no upstate or downstate way to make government work.”

Oh, and according to the NY Times’s Katie Glueck and the NY Post’s Bernadette Hogan, she also told fellow Democrats behind closed doors last Thursday: “Speaking of elections, I know many of you might be wondering about my future plans – just saying. … The question for me really boils down to this: What is the best way that I can make transformational change in the State of New York? That is the question and the issue that I struggle with each and every day. I love what I do. I love serving as the Attorney General of the great state of New York. But the question, again, is: can I make more change?”


So, for sure, Happy Days Are Here Again, Democrats.

Meanwhile, having been crowned following her predecessor’s resignation, Gov. Kathy Hochul is “quietly revving up an aggressive fund-raising apparatus,” according to the NY Times, looking to collect at least $10 million in donations by new-year’s, for a war chest of $25 million by come next summer.

Letitia Ann James, 63, was raised in Park Slope, Brooklyn, where she attended Fort Hamilton High School. She received her B.A. from the City University of New York’s Lehman College in 1981, majoring in liberal arts with an emphasis on social work. She received her J.D. degree from Howard University School of Law in Washington, D.C., and was admitted to practice law in New York State in 1989.

During her law career, James served as a public defender for the Legal Aid Society and represented young individuals in the criminal justice system. Under former NYS Attorney General Eliot Spitzer, she was appointed the first Assistant Attorney General in Charge of the Brooklyn Regional Office. She then served as a member of the New York City Council. In 2013, James ran for New York City Public Advocate and won a runoff election. In 2017, she won the Democratic primary’s nomination for State AG with 77% of the vote, over her competitor David Eisenbach’s 23%.

In December 2019, AG Letitia James intervened in a lawsuit against the Town of Chester and Orange County, saying their efforts to block housing development for Chassidic Jewish families is “blatantly anti-Semitic.” James declared that “blocking the construction of homes to prevent a religious group from living in a community is flat-out discriminatory. This campaign to deny housing to members of the Jewish community is not only a clear violation of our laws, but is antithetical to our basic values and blatantly anti-Semitic.”

On September 23, the New York Supreme Court in Manhattan dismissed AG James’s $7.3 million lawsuit against B&H Foto & Electronics Corp., ruling that the NYC-based photo and video gear store doesn’t owe millions in sales taxes for consumer rebates reimbursed by manufacturers. The Jewish Press editorial board (Why Is New York Targeting B&H?) supported B&H in its struggle against the AG, expressing concern over some of the language in the lawsuit which declared: “B&H deliberately chose not to pay the sales tax it knew was due to gain a competitive edge over companies that chose to follow the rules. No company is above the law.” 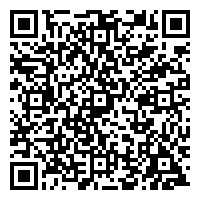