In 2004, my husband and I moved into the heart of the Jewish community in Dallas, Texas. We had found the perfect house within the eruv. Of course, like all houses, it needed some repairs and maintenance.

Over the next few years, we had a variety of such tasks done – a new fence to replace the one that fell down, overhauling our heating and cooling systems, mundane things like those. My husband also found a company that had been recommended for installing a lawn sprinkler system – essential here in Texas where house foundations can be unstable and need to be watered regularly, and where the summer temperatures can climb to 100 and upwards – and had that work performed as well.

My husband always took charge of repairs and maintenance – getting recommendations, calling companies, setting up appointments, paying for the service. He kept careful records of everything in his file cabinets.

As the years went by, and both of us retired, my husband was less and less inclined to have maintenance done on our house. He would keep saying he didn’t know how long we would live here as we aged, and he wanted to save up for the possibility that one of us might need home care or a nursing home. But I would always say that I loved this house and its location, and I never wanted to move away if I could help it.

Suddenly, last November, he passed away, and I found myself living alone in the house. Fortunately, baruch Hashem, my husband had provided well for me. I set about getting the maintenance tasks done that he had let go over the past several years, so that my house would stay livable and functional.

One of the things on my list was to see whether the now-17-year-old sprinkler system could be repaired, or if it would have to be replaced. We had had the house foundation repaired (another frequent occurrence in Texas) a few years after the sprinklers were installed, and the sprinklers had become inoperative and had not worked in many years.

Going through my husband’s files, I found a folder from the company he had used to install the sprinklers. I ascertained that they were still in business, and I called to set up an appointment for a repair person to come and see whether the system could be salvaged.

There were some glitches in getting the appointment. I had originally scheduled it for a Thursday, but because we had very severe storms a few days prior to that, the company had to push off the appointment to the next day, Friday morning – erev Shabbat. I tried not to schedule such things on erev Shabbat, but we had just gone onto Daylight Savings Time a couple of weeks beforehand, so I figured as long as it was a morning appointment, it would be all right.

The repair person showed up right on schedule, and I showed him the folder and explained the problem to him. He came around back to look at the control box that had originally been installed for the system.

And…he told me that he recognized the system and the color-coding, because he had been the very man who had installed the system! And he was able to repair it that same morning, and the job took only a couple of hours, at a very reasonable cost.

In a big company with several branches throughout our metropolitan area, what are the odds that the same man who had installed the system 17 years before would be the person who arrived now to evaluate and repair it? But, of course, there are no “odds” or “coincidences” with Hashem. Hashem sent the right man for the job!

Kavyochel, it reminds me of some allegories I have read, that when we need a “repair” in our lives, we should turn to Hashem, because He is the One Who originally “installed” our system, so He is the One Who can repair it.

It was a seemingly unimportant, mundane house repair – but this occurrence made me feel that Hashem was smiling down on me and “sprinkling” me with blessings! 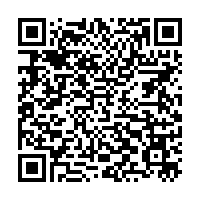