Our “baby” girl, Devorah Elianna, wanted so much that her Saba would be able to see and hold her firstborn baby. The way events were occurring, it was unlikely that her wish would be realized.

My dear father was a relatively healthy man until his late 80s. At the age of 88 he lost his ezer k’negdo of almost 65 years. He lived independently for a while in his small and modest Jerusalem apartment.


One day my brother Daniel, who is a psychiatrist, repeatedly called my father. No one picked up the phone. Worried, my brother went over to my father’s apartment and knocked on the door and rang the bell. There was no response. My brother unlocked the door and entered a dark and very cold apartment. “Dad,” he called. No one answered. Daniel then walked into the cold and dark bedroom and saw a mound under the covers of the bed. He was sure that he was about to view my father’s lifeless body.

Boruch Hashem, Daniel found a sleeping figure who he roused from his slumber. After being checked by a doctor, my father needed to undergo some minor surgery. It was clear to his two children in Israel that my father could no longer live independently.

My father was opposed to sleep-in help, and he said that he would not allow anyone into his home. I arranged for several Jewish men to help him. A family member was there to let each of them in. This kind of help proved to be too expensive, and so the search for a capable and loving caretaker was on. Boruch Hashem, my sister-in-law found a lovely, intelligent, skilled, cheerful and loving Filipino caretaker. Irene had studied nursing for two years back home, but her parents had lacked the funds to pay for the completion of her degree. My father was one of the very fortunate people for whom Irene cared.

In 2016 my father was hospitalized and diagnosed with an infection in his heart. The doctors didn’t think that my father would go home. Irene and family members took turns being with my father 24/7. My father seemed to recover, and he returned home with Irene. A frequent prayer on my lips was that my father would never have to go to the hospital again. Another prayer was that my father would become Shabbat observant. (My parents had moved with three young sons to Kingston, Pennsylvania, so that we could attend a Hebrew day school even though they themselves were not orthodox. That meant that my father had to travel over an hour each way to work. In icy, snowy weather the trip took longer.)

In July of 2017 Irene noticed that my father was shaking and that he had a fever. She called an ambulance and off they went to the hospital. My father was diagnosed with an infection in his heart. He needed a replacement valve, but due to his age and poor health, surgery could not be performed. There were times of hope and times of despair during the hospitalization.

A week into my father’s hospitalization I spoke by phone with my brother’s wife Debbie. She asked me if I had given thought to where I wanted to sit shiva when the inevitable would happen. I told her that I had thought about it. She also advised me to have a heart-to-heart talk with my father.

The next day was erev Shabbat, and I was on “duty” at the hospital. I had brought the vidui prayer with me. In actuality, the vidui prayer had been in my purse for a while and it was waiting on the sidelines. I spoke to my father as if it would be our last conversation. Then I explained that I would say vidui for him. I asked him if he’d prefer it be recited in English or Hebrew, and he said the former. Since my father’s hearing was poor, I’m not sure how much he heard. He repeated the words of Shema in Hebrew, and I recited “Boruch Shem Kovod…” When a family member came to be with my father, I bid my father a Shabbat shalom and kissed him.

My father suffered a stroke on Sunday morning when Devorah Elianna was with him. The left side of his body become paralyzed and he could not see with his right eye. He also lost his ability to swallow and talk. Hashem had guided me as to when to have recited vidui. Shema was the last words that I had heard my father utter.

My father had a strong will to stay in this world. It looked like Devorah Elianna would have her hope realized. More than a month passed by and Devorah Elianna’s due date was approaching. One Sunday, on my way home from the hospital, I thought to myself, “I wonder where my father’s tefillin are. I would love to have someone put them on my father. I wonder when was the last time that he wore them.”

Later that day I received a call from Debbie. She told me that Irene could used some emotional support, and it was important that I go to the hospital on Monday. The next morning, I was back at my father’s side. A frum-looking man came by and peeked into the room. “Oh, he’s sleeping,” he said. He was about to exit, and I saw that he held a pair of tefillin.

I exclaimed, “You are a miracle! Just yesterday I davened that my father would have someone put on tefillin for him.”

The man pointed out, “But he’s sleeping. I can’t put tefillin on him.”

The next day I returned in the afternoon to my father’s bedside. Irene frequently checked his oxygen level. He had a coughing fit, the worst that I had seen. Irene and I pounded my father on his back and chest. Irene didn’t seem fazed. I left at about 5:15 to meet my husband at a restaurant to celebrate our birthdays, a bit belatedly. After dinner we planned to go to the Kotel.

Before meeting, I spoke to my husband who told me that Irene was concerned about my father’s oxygenation level. It turned out that it was at the same level as when I had left the hospital. Abe told Irene that we would not go to the Old City and we would come to the hospital after dinner. In the middle of dinner Irene called. I could tell the news from Abe’s face. I left Abe to pay the bill and off I rushed to the hospital.

The date of my father’s passing was on the last day of Av, which was the first day of Rosh Chodesh Elul. He was buried on the first day of Elul next to my mother in the historic Kfar Etzion cemetery.

“It’s Netanel. Devorah Elianna’s waters broke and we are going to the hospital.” I told him that I would meet them there. (I had already spoken to our rabbi about the possibility of missing a day of shiva to be my daughter’s labor coach.)

Forty-eight hours after experiencing the intense emotions of losing my father, I witnessed a new life come into the world in the very same hospital. At his brit he was named Eliya Aharon. (My father’s Hebrew name was Aharon Noach.)

Devorah Elianna’s desire for her Saba to see and hold her baby did not come to fruition in this world. But I hope that her Saba indeed sees his newest great-grandson from a different and higher perspective.

P.P.S. Irene returned home to her mother, husband and daughter. Irene hopes to have another child. If the baby is a boy she plans to call him Noah. I explained to her that If the baby is a girl, she can be called Noah albeit that it has a different meaning (The female name Noah means “pleasant.”) 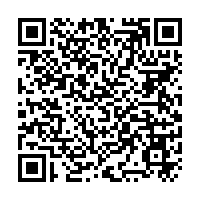