Support for the two-state solution fell below the halfway mark for Arabs and Jews since President Trump’s recognition of Jerusalem as Israel’s capital, according to a combined survey conducted by the Tami Steinmetz Center for Peace Research at Tel Aviv University and the Palestinian Center for Policy and Research in Ramallah, published Thursday.

The poll was conducted in December 2017 among representative samples of 1,270 Arabs in Judea and Samaria and Gaza and 900 Israelis, including Israeli settlers and Israeli-Arab citizens, with a margin of error of +/-3% for both.

The survey tested the details of a permanent peace agreement, incentives for those who are opposed; perceptions of the other, and alternate scenarios to the two-state solution, including both equal and unequal versions of one state, and a confederation of two states.

According to the survey, only 46% of both populations support the two-state solution today. Arab citizens of Israel are the only population showing a strong majority in favor – 83%. Jewish-Israeli support for 2-states has not changed much since June 2017, when it stood at 47%.

However, when presented with a 9-point peace agreement package based on previous rounds of negotiations, Israeli Jewish support rose by three points from June (from 32% to 35% at present). One year ago, 48% of all Israelis (Jews and Arabs) supported the package, while at present 43% support it. 54% of Israeli Jews are opposed to the package.

The current decline in support among the PA and Gaza Arabs is accompanied by a drop in support for the concept of the two-state solution, closely linked to a perceived decline in the viability of that solution. The 9-point peace plan included a de-militarized Palestinian state, and Israeli withdrawal to pre-June 1967 lines with equal territorial exchange, family unification in Israel of 100,000 Palestinian refugees, western Jerusalem as the capital of Israel and eastern Jerusalem as the capital of Palestine, the Old City divided between the two sides, and an end to the conflict and claims.

However, testing additional incentives to convince those who were opposed revealed significant potential to increase support, and indicates that for many, opposition is conditional, not absolute.

The most effective incentives included:

• For PA and Gaza Arabs, if Israel were to recognize the Nakba and the suffering of the refugees and provide compensation, 39% of those who initially opposed the comprehensive agreement would support it; total support in that case rises to 62%.

• For Israeli Jews, allowing Israelis to visit the Temple Mount caused 47% of those who were opposed to change their mind. This brings total Israeli Jewish support up to 60%.

• For both sides, insuring the democratic nature of the future Palestinian state changes attitudes from opposition to support among Israeli Jews by 40% and among Palestinians by 37%. Similarly, guarantees of implementation of the package by the US, Egypt, and Saudi Arabia change shifts attitudes from opposition to support by 39% among Israeli Jews and 27% among PA and Gaza Arabs.

In other words, when asked to comment on the current chances of the 2-state solution, a majority of respondents is realistic about its declining chances. But when fantasy is added to the question, most grab for it.

Among Israeli Jews a similarly large majority of 73% think the chances are low or very low, 53% of Israeli Arabs take this view, and the weighted average for all Israelis is 70% who do not believe a Palestinian state will be established in that time. The remainder, fewer than one-fifth of Israelis and Palestinians, say the chances are “medium.” 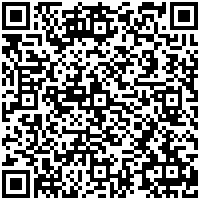