All that was months ago. The day I saw David in the maternity ward (the Thursday before Purim), Rachel and David had came to Yerushalayim, dropped off their toddler, Bracha, at Rachel’s parents’ home and went to the hospital ready to do the pre-op examinations. They would then pick up Bracha and return home to wait for Rachel’s surgery the following week.

When Rachel finally arrived at the hospital, the secretary looked at her with surprise and asked her why she was there. Rachel said that she was told to come in on that day for her pre-op tests. The secretary routinely explained to her that there are no pre-op tests on Thursdays and thus Rachel should return the following week. Being in her ninth month Rachel was tired of traveling, and the thought that all this was for naught and that she’d have to leave the hospital, pick up Bracha and go back home only to repeat the process a few days later was extremely stressful for her. After all, she was under enough stress due to the impending operation.


“But they told me to come in today,” she said. They gave me this date months ago. It’s not my fault if it’s the wrong day.” The secretary replied, “I guess they made a mistake. I’m sorry, but we don’t do pre-op tests on Thursdays.” Rachel became insistent – despite her fatigue.

“But my husband took off from work,” she said. “We brought our toddler with us and sent our older child to someone to stay with after school. Plus, it’s over an hour each way. Please let me do this today. If this appointment is a mistake, it wasn’t my mistake, and it’s not fair that I should have to suffer.” Rachel knew how to be assertive. (She also had some pull in that hospital since her close family member was a physician there.)

Eventually, the combination of Rachel’s logical claim, as well as her influence in the hospital, convinced the secretary to inquire whether it was possible to accommodate her. Baruch Hashem, it worked out. It was agreed that the tests would be done that day, rather than the following week. Rachel was clearly relieved, thinking she saved herself from unnecessary exertion and stress. It didn’t occur to her that the mistake, as well as her assertiveness, was lifesaving.

A short time later, Rachel was given the necessary examinations. The tests were standard, given to all women waiting for a C-section. However, the technician noticed something unusual on the ultrasound and immediately showed it to a doctor. Finally noticing what the technician had seen, the doctor showed what was clearly an unusual finding to his colleagues. One of the consulting doctors knew of research done by a professor (in another hospital in Eretz Yisrael) who had studied the tragic phenomenon of stillborn babies. He studied records of the pregnancies, including various tests and ultrasounds of the unfortunate mothers, and found a common denominator: though it wasn’t absolutely significant statistically, in many of those pregnancies the umbilical cord was slightly dilated – more so than in a normal pregnancy.

This variation was the exact detail that Rachel’s technician had noticed on her ultrasound. The fact that the technician picked up on what even the doctor didn’t notice, coupled with one of the doctors’ knowledge of the professor’s research, were possibly lifesaving factors regarding this birth. Also, the fact that this situation wasn’t noticed sooner was greatly significant because had it been noticed earlier, removing the baby would have been very dangerous.

After intense discussion, Rachel, so close to term, had an emergency C-section so as to prevent a possible tragedy. Within hours, her baby was removed from what was possibly a life-threatening situation. 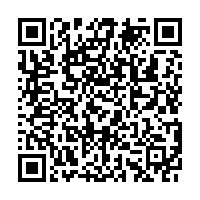