The second parshah of Shema is written in this week’s parshah, Parshas Eikev. Included in this parshah is the mitzvah of tefillin, with its many significant attributes. The Gemara in Rosh Hashanah 17a says that if one has never donned tefillin (according to many, this refers to tefillin shel rosh) he is considered a “sinner in his body” and will be severely punished.

Another attribute of the mitzvah of tefillin is stated in the Gemara (Menachos 35b). The pasuk explains that ki shem Hashem nikra alecha veyar’u mimeka – for the name of Hashem is upon you and they will fear you (Devarim 28:10) – refers to one who is wearing tefillin shel rosh.

Tosafos there takes issue with Rashi’s view that the letters that are formed in the knots of the tefillin are considered part of the name of Hashem. In Tosafos’s opinion these are not considered actual letters. Tosafos points to an earlier Gemara and another Gemara in Megillah that refer to the knots of tefillin as tashmeishei kedushah and not articles of kedushah itself. Had the knots been part of Hashem’s name they would have been considered articles of actual kedushah, thus requiring a different level of care.

Additionally, Tosafos points out that the knots are never referred to as anything but “knots of tefillin.” If they were part of the name of Hashem they would be referred to as such.

Another reason Tosafos differs from Rashi is based on the Gemara in Shabbos 28b that says that it is more obvious that the box of tefillin must be made from a kosher animal because there is a “shin” on it. The Gemara is uncertain at first whether the straps are required to be made from a kosher animal. But the Gemara concludes that the straps must be made only from kosher animals. Tosafos is bothered by this: If the straps made a letter of Hashem’s name, just as was the case on the box of the tefillin shel rosh, why then would it not be as obvious to the Gemara that they too should be required to be comprised of only kosher hide?

The Ran, in Shabbos (perek Bameh Ha’isha), says that according to Rashi there are letters in the straps of the tefillin. Nevertheless the straps have no writing and therefore do not contain the same level of kedushah as a written name of Hashem. Thus it may be clearer to Rashi that one may not enter a restroom when donning his tefillin shel yad, as Rav Yaakov of Orleinish posited.

It is for this reason that the Gemara refers to the knots of tefillin as tashmeishei kedushah and not articles of kedushah itself. Since only written names of Hashem carry the full weight of Hahsem’s name, we can also understand why the Gemara was more certain that the tefillin shel rosh was required to be made from kosher animals than the tefillin shel yad. 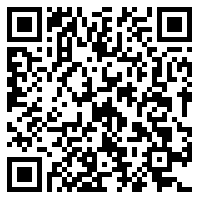