Kalmen Gottesman was 14-years-old when he entered the gates of the Gehenom known as Auschwitz. Nothing in his innocent life could have prepared him for what was awaiting him. Starving and dazed from his torturous trip in the cattle car, he was barely aware that he was separated from his mother and younger siblings. But in the last minute he noticed that someone who looked like a living skeleton pushed his 13-year-old brother Yossi to his side. This was the last time he saw the rest of his family. His previous life was just a memory, a dream.

The Gottesman family lived in a modest home in a small town in Czechoslovakia.

Kalmen was one of seven children, and his father Lazer Gottesman was a well-respected shochet. In those days anti-Semitism was rampant and the family aspired to emigrate to America. In 1938 they finally received their coveted visa. There was much excitement. Their dream was coming true, and soon they would arrive at the shores of America.

But it was not to be. As they were planning and preparing for their trip the Hungarian army marched into Czechoslovakia. At Germany’s urging they took back some of the territory that they had lost in WWI. The area where the Gottesmans lived fell under Hungarian rule. They did not acknowledge any documents from the Czech authority, therefore their precious visa was null and void. Their disappointment was boundless.

The law of the land was that all children had to attend public school. There was a choice of Czech, Hungarian and German schools. The Gottesmans’ first choice, the Czech school, was filled up; the Hungarian school was out of question, for Lazer Gottesman could never forgive the Hungarians for thwarting their emigration to America.

And so it happened that Kalmen attended a German school and learned to speak German.

The two young boys were left to fend for themselves in the belly of the beast. Their father had been deported to a forced labor camp at the beginning of the Holocaust. He was never seen again. But at least the brothers had each other. As the older one, Kalmen felt responsible for his brother Yossi but all he could think of is how hungry he was. Once a day they were given some sort of gray liquid that qualified as soup, and a piece of old hard bread. They were weak and dizzy from hunger. When the first Friday night arrived Kalmen came up with an idea to distract them from their terrible plight.

“Let’s pretend that we are sitting at the Shabbos table at home,” he said to Yossi. “What do you see?”

“I see a white tablecloth covering the table, the Shabbos candles are burning brightly and the food smells heavenly,” said his brother.

“Oh yes, and we just came home from shul.”

Oh how wonderful those days were. Kalmen thought.

“And then we wash and make a bracha on the chala, and we are eating gefilte fish, and golden chicken soup, and yummy roast chicken and my favorite kugel. I can still feel the taste,” Yossi rattled on without taking a breath.

“Not so fast, little brother, we sing zemiros in between.”

“But I am too hungry to wait.”

“Me too,” said Kalmen. “This is not working; let’s think of something else.”

Suddenly he remembered that there is a chapter in the siddur that is called Parshas Ha’mann. He believed that if you say it Hashem will send you food for that day. Miraculously, he managed to have a small siddur in his possession. When the guards stripped them of their belongings they somehow missed it. 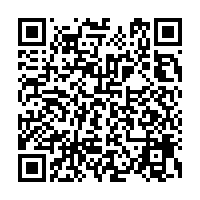